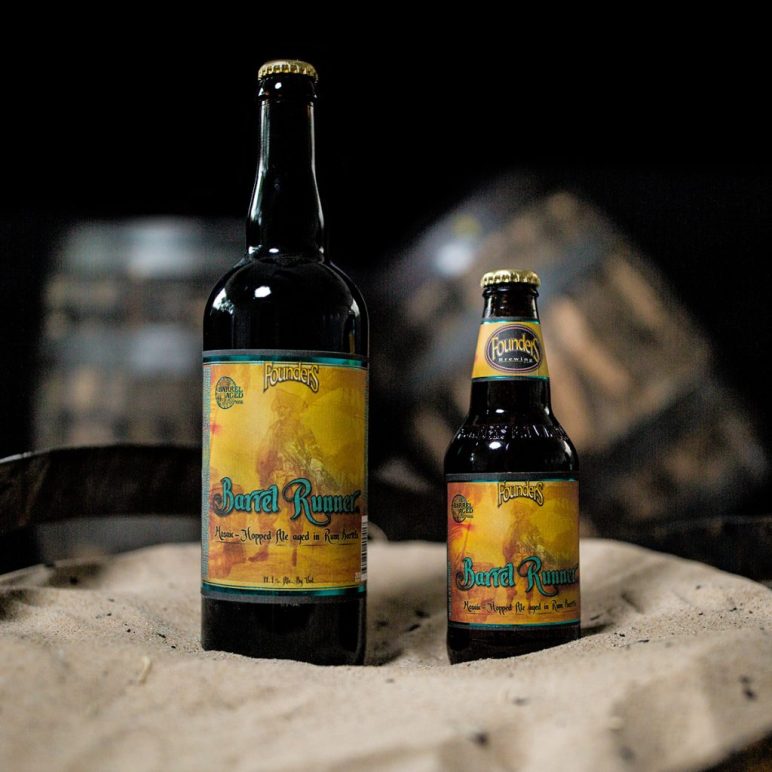 Proving that “inspiration . . . for barrel-aged beers can come from the most unexpected places”, Barrel Runner began life as a Mosaic-hopped Imperial India Pale Ale and was then aged in select rum barrels.  The sweet and spicy barrel character melds with those fruity hops to produce a “sweet and hoppy, rich and bright” offering that “will make you believe you’re in the tropics.”

“I drink tiki cocktails probably more than I should and looked to them for inspiration when creating Barrel Runer,” said Brewmaster Jeremy Kosmicki. “You get a lot of bright, tropical character from the abundance of Mosaic hops plus a nice kick of oak and rum from the barrels. Add a tiny umbrella and you got yourself a beer perfect for enjoying poolside.”

Barrel Runner will officially release in June and has plans to hang around through August or as long as supplies last.  You can expect to find this Limited Release available in 4-packs of 12 oz. bottles (SRP $14.99), 750ml bottles (SRP $11.99) and on draft at select craft beer establishments located in Alabama, Florida, Michigan and throughout the rest of Founders Brewing Co.’s distribution footprint.  Prost!