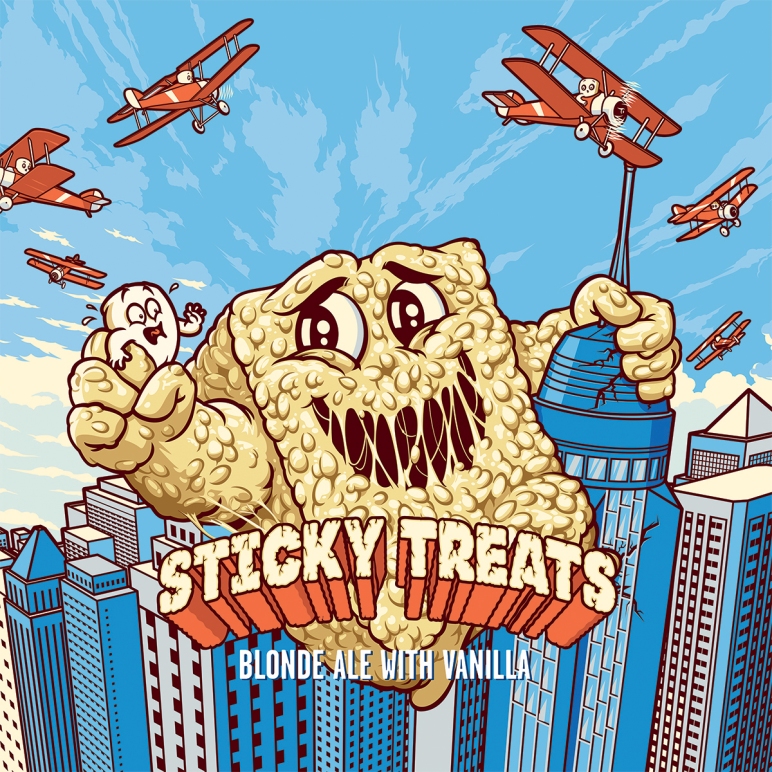 Released in previous years as a limited release offering from Funky Buddha’s Little Buddha Small Batch Series, Sticky Treats is back in 2018 to claim a spot in the brewery’s newly-established Goodness Series of seasonally released beers.  Just as its name implies, Sticky Treats (5.1% ABV) is a Rice Blonde Ale that is “layered . . . with plenty of sticky vanilla” to mimic the flavors of “your favorite rice-cereal-and-marshmallow snack.”

This year’s stash of Sticky Treats will officially debut at a Launch Party in Funky Buddha’s Tap Room on August 11 and will enter distribution at or around that date.  You can expect to find this Seasonal offering available in 4-packs of 12 oz. bottles and on draft at select beer-friendly establishments located in Florida and throughout the rest of Funky Buddha’s steadily growing distribution area. Prost!