Another week brings with it another wave of beer calendars, and this one is kicking off with the 2020 Release Schedule from Funky Buddha Brewery (Oakland Park, Florida).

In keeping with our approach to beer calendar season, we have posted Funky Buddha Brewery’s full 2020 Release Schedule below for you to thumb through at your own pace. With that said, there is a good amount of news (both on and off the official schedule) that we would like to clue you in on first.  Let’s get at it:

That should just about cover all the items that we wanted to go over, but there is still plenty of fun stuff left for you to find on the calendar below.  Make sure to give it a good look so that you can be fully prepared for the year ahead with Funky Buddha Brewery.  Prost!

Funky Buddha Brewery (Oakland Park, Florida) has announced that French Toast Double Brown Ale will officially return on October 27 to serve as the winter release in the brewery’s Goodness Series.

Previously only available as a part of Funky Buddha’s Little Buddha Small Batch lineup of limited releases, French Toast – now reclassified as a Seasonal offering – is a Double Brown Ale “loaded with flavors of custardy bread, cinnamon, and maple, just like the namesake treat.”  Weighing in at hefty 8.8% ABV, French Toast makes it so you can enjoy the soul-satisfying flavors of breakfast any time of day during the winter months.

This year’s release of French Toast will debut in Funky Buddha’s Tap Room on October 27 and then enter distribution for the winter season shortly after the brewery release.  You can expect to find this Seasonal brew available in 4-packs of 12 oz. bottles and on draft at select beer-focused establishments located in Florida and throughout the rest of Funky Buddha’s steadily growing distribution area. Prost!

Released in previous years as a limited release offering from Funky Buddha’s Little Buddha Small Batch Series, Sticky Treats is back in 2018 to claim a spot in the brewery’s newly-established Goodness Series of seasonally released beers.  Just as its name implies, Sticky Treats (5.1% ABV) is a Rice Blonde Ale that is “layered . . . with plenty of sticky vanilla” to mimic the flavors of “your favorite rice-cereal-and-marshmallow snack.”

This year’s stash of Sticky Treats will officially debut at a Launch Party in Funky Buddha’s Tap Room on August 11 and will enter distribution at or around that date.  You can expect to find this Seasonal offering available in 4-packs of 12 oz. bottles and on draft at select beer-friendly establishments located in Florida and throughout the rest of Funky Buddha’s steadily growing distribution area. Prost! 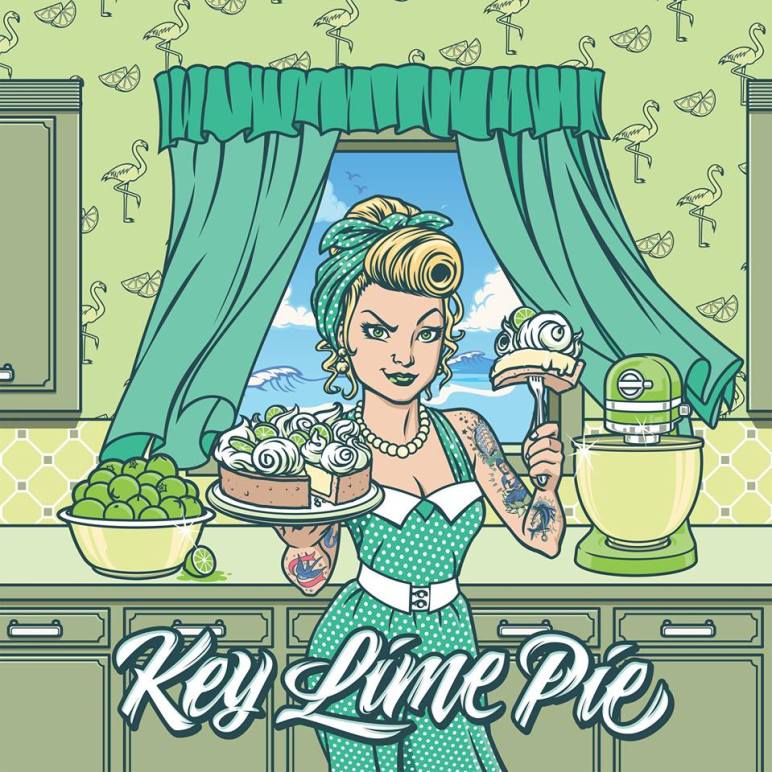 Created to mimic the flavors of the official state pie of Florida, Key Lime Pie Tart Ale is a Berliner-style Wheat Ale “brewed with real key lime juice, sticky vanilla, and bready wheat malt.”  The delicious ingredients of Key Lime Pie (5% ABV) come together to supply its drinker with a “lightly soured . . . refreshing treat as memorable as an evening in Key West. Whip cream included.”

Key Lime Pie Tart Ale will officially release in June with plans to stick around through August 2018.  You can expect to find this Seasonal offering available in 4-packs of 12 oz. bottles and on draft at select beer-friendly establishments located in Florida and throughout the rest of Funky Buddha’s steadily growing distribution area.  Prost! 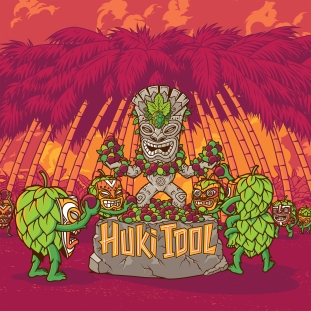 Created to mimic the experience of a tiki cocktail, Huki Idol is a Double India Pale Ale “brewed with real passionfruit and lime juices, then dry-hopped with lush Mosaic hops and fresh mint.”  All these impactful ingredients find harmony together as the “sweetness from the passionfruit and tartness from the lime blend beautifully with the combination of tropical hops and aromatic mint.”  Weighing in at a formidable 8% ABV and 75 IBUs, Huki Idol fills your glass with “a godlike grog that packs a wallop of tropical flavor.”

Huki Idol Tropical IPA officially released on March 4 and will be available through May.  You can expect to find this Seasonal offering in 4-packs of 12 oz. bottles and on draft at select beer establishments located in Florida and throughout the rest of Funky Buddha’s gradually expanding distribution footprint.  Prost!