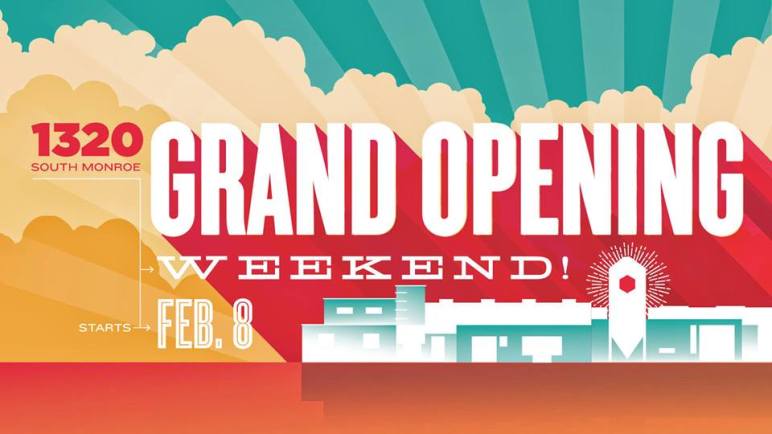 Proof Brewing Co. (Tallahassee, Florida) has officially announced that it will hold a grand opening celebration for its massive new facility at 1320 South Monroe Street during the weekend of February 8.

After nearly a year of renovations and $6 million invested, Proof Brewing is finally ready to reveal all that it has done to revitalize the 34,000 square foot historical building – an abandoned Coca-Cola Bottling Facility built in 1948 – “centrally located near the redevelopment of South Monroe and the downtown district” of Tallahassee.  This new expanded brewing facility will up Proof Brewing’s game with the following features and opportunities (this information was sourced directly from the brewery’s press release):

“From day one our intention has been to give Tallahassee the most outstanding beer possible. Through the dedication of our team and the evolution of growth, that is now a reality. This growth ultimately means a higher quality of life and improved work conditions for our entire team as well as offering all of Tallahassee a welcoming and relaxing space to enjoy world class beer,” said Byron & Angela Burroughs, Proof Brewing Company founders. “We can’t wait for you to experience our new forever home.”

The grand opening of Proof Brewing’s new facility at 1320 South Monroe Street will begin on Friday, February 8 and carry throughout the weekend. After the grand opening, the new brewery and taproom will have expanded hours of operation and be open seven days a week.  Due to the move, Proof Brewing Co.’s previous location at Railroad Square is no longer operational.  Prost!