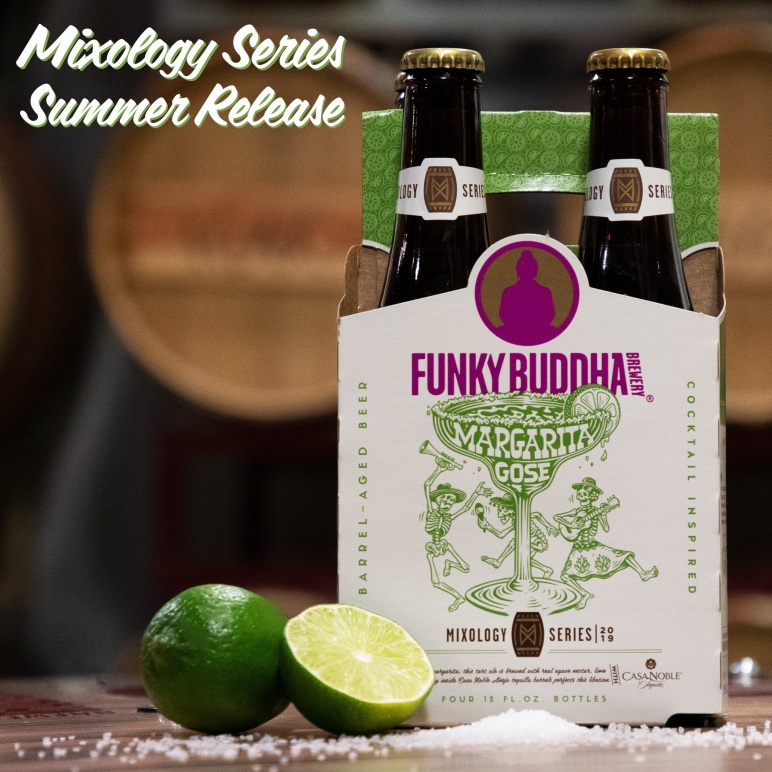 Funky Buddha Brewery (Oakland Park, Florida) has officially announced that Margarita Gose will launch in late April as the next release in the brewery’s newly-established Mixology Series.

Just as its incredibly straight-forward name suggests, Margarita Gose is “a traditional, tart wheat ale” that has been brewed real agave nectar, lime juice, and sea salt . . . to capture the essence of a classic margarita recipe and achieve a heightened ABV.”  The beer was then aged “inside Casa Noble Anejo Tequila barrels for notes of charred oak and a smooth booze finish.”  Despite coming in at a sizeable 11% ABV, Margarita Gose remains a slow-sipping refresher that can be enjoyed all summer long.

Margarita Gose will officially debut in Funky Buddha’s Tap Room on April 27 and will enter distribution shortly after the on-site release.  You can expect to find this Limited Release offering available in 4-packs of 12 oz. bottles and on draft at select craft beer-friendly establishments located throughout the state of Florida.  Prost!