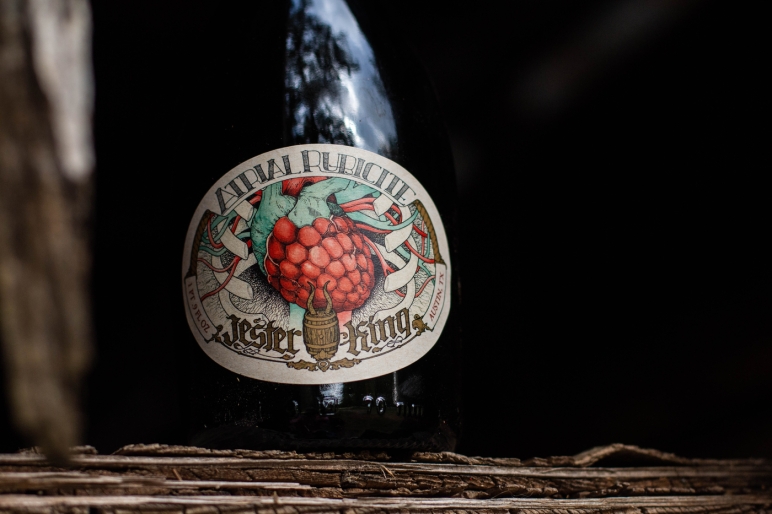 Jester King Brewery (Austin, Texas) has officially announced that it will host a bottle release for the 2019 batch of Atrial Rubicite on Friday, May 3.

Originally released in 2013 and now back for its 9th batch, Atrial Rubicite is a highly-coveted “barrel-aged Wild Ale refermented with raspberries.  This year’s batch of Atrial Rubicite is 5.5% alcohol by volume and was packaged in early April.”

Atrial Rubicite (2019) will officially release at Jester King’s Tasting Room & Restaurant at 4 p.m. on Friday, May 3.  This Limited Release offering will be available on draft and in 500ml bottles ($20 each, limit of six [6] bottles per guest per day).  Outside of special events, Atrial Rubicite is a brewery exclusive release that will not see distribution.  Prost! 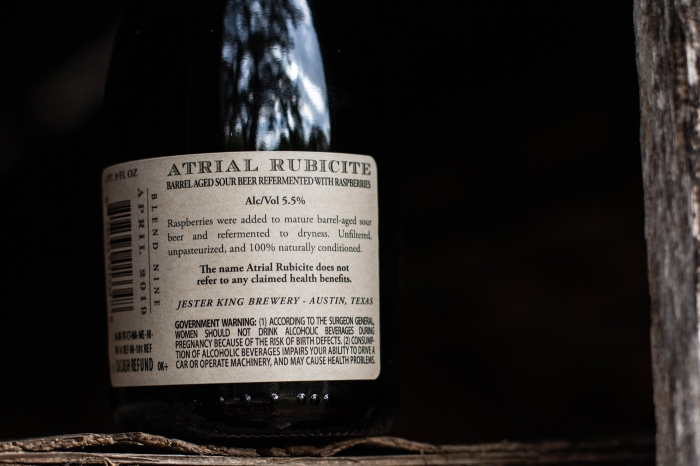