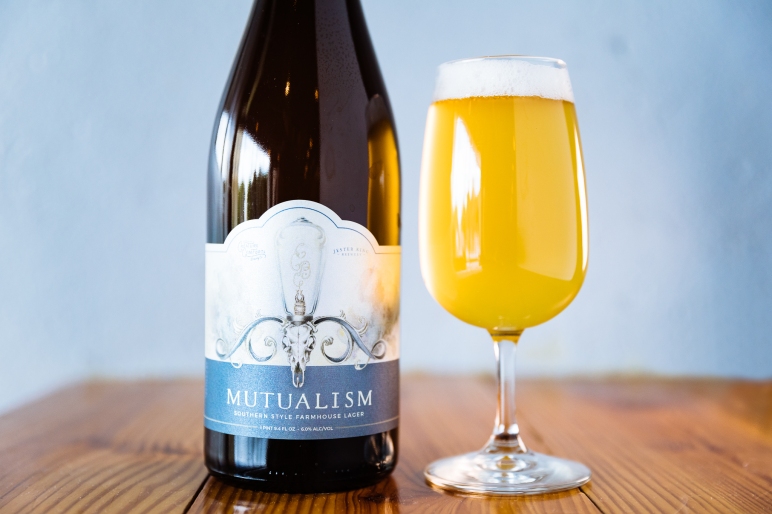 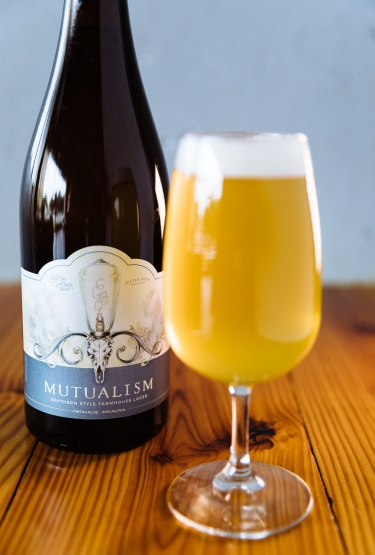 Creature Comforts Brewing Co. (Athens, Georgia) has officially announced that it will begin the Limited Release of Mutualism, a Southern-style Farmhouse Lager brewed in collaboration with Jester King Brewery (Austin, Texas), on May 11.

First released back in July 2016, Mutualism starts with a base Pilsner “brewed using local wheat and grits from Georgia-based DaySpring Farms.”  It then picks up its “Farmhouse” designation when finished with “a secondary fermentation with a blend of both Creature Comforts’ and Jester King’s house-mixed cultures of yeast and bacteria.  The beer was then bottle conditioned for five months.”  Coming in at an easy-drinking 6% ABV, Mutualism is described by both breweries as being “dry, round, and defined.”

“We feel that this beer is a beautiful balance of our two breweries,” said Blake Tyers, Wood Cellar and Specialty Brand Manager at Creature Comforts Brewing Co. “Our work together, and our house cultures working together created a mutually beneficial relationship revealed in the beauty of this beer.”

750ml bottles of Mutualism will officially release in the Tasting Room at Creature Comforts Brewing Co. on Thursday, May 11.  This Limited Release offering is not expected to see distribution.  Prost!

Release – Limited; May 11, 2019
Style – Farmhouse Lager
ABV – 6%
Featured Ingredients – Local wheat and grits from Georgia-based DaySpring Farms
Fermentation – Mutualism underwent a secondary fermentation with a blend of both Creature Comforts’ and Jester King’s house-mixed cultures of yeast & bacteria
Fun Fact #1 – On the Mutualism project: “Creature Comforts and Jester King first released the collaborative brew in July 2016. The breweries bonded over a strong admiration for beers that represent a time and place, which inspired the blending of the two house cultures as well as the use of local grits, a staple in Southern homes.”
Fun Fact #2 – On the label artwork: “Creature Comforts resident artist, Melissa Merrill, designed the label art for Mutualism. The label depicts both breweries’ logos as one cohesive unit, representative of the symbiotic qualities of the beer. Inspired by the collaborative brew, Merrill painted the original artwork for the label with a watercolor medium derived from the two breweries’ combined house-mixed cultures.”
Availability – 750ml bottles
Distribution – None. Tasting Room-only release at Creature Comforts Brewing Co. 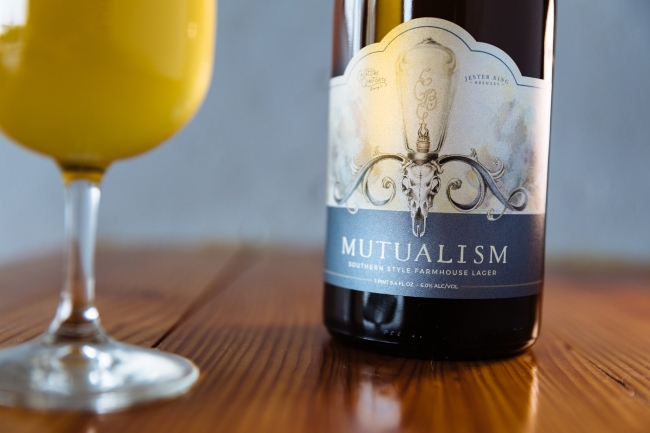