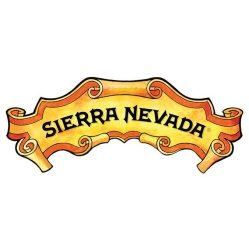 Sierra Nevada Brewing Co. (Chico, California) has officially announced that it is actively taking submissions for Vows and Braus: Craft Beer’s Royal Wedding, a promotion that will give one lucky couple the opportunity to get married in front of thousands of guests at the brewery’s 2019 Oktoberfest celebration on September 27 in Chico, California.

It is safe to assume that the majority of beer lovers are familiar with Oktoberfest, but many may not be aware that the original Oktoberfest was thrown in 1810 to celebrate the royal wedding between Bavaria’s Crown Prince Ludwig – who went on to become King Ludwig I – and Princess Therese of Saxony-Hildburghausen. The event was such a blast that it returned each year and eventually became the beer-filled holiday that we all know and love today.

Now in 2019, Sierra Nevada is looking to put the wedding tradition back in Oktoberfest with Vows and Braus: Craft Beer’s Royal Wedding.  To pull this off, Sierra Nevada is holding a contest to track down an engaged couple – comprised of two not-so-common commoners who love beer as much as they love each other – that is willing to help the brewery kick off this year’s Oktoberfest with the “biggest, loudest, most over-the-top wedding in centuries.” Sierra Nevada will handle all the planning. The winning couple just has to show up in Chico, tie the knot on September 27, and enjoy the party.

Interested in entering the Vows and Braus giveaway? Here are all the entry requirements and contest details:

The winning couple will be treated to the following prize package:

If you are at all interested in having your wedding be the most memorable one of the year, you need to get your fiancé on board (this should be an easy sell), film your Vows and Braus submission video ASAP, and get it uploaded by August 8. Good luck to all you crazy kids.  Prost!