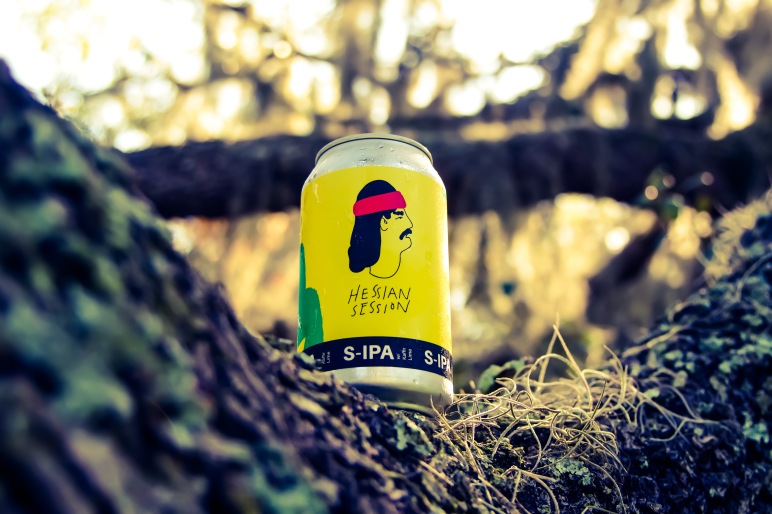 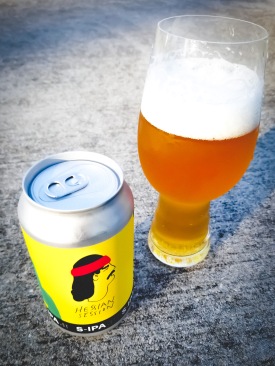 For this edition of Tasting Notes, we close out the week by crushing a few cans of Hessian Session S-IPA from Iron Fist Brewing Company (Vista, California).

Released at the tail-end of October to pay homage to a “traditional West Coast classic,” Hessian Session is a West Coast-style Session India Pale Ale that has “a Pilsner malt and a top secret undisclosed malt [meet] Mt Hood, Citra, Amarillo, and Cascade hops.” To put a unique spin on the style, the beer was then “dry hopped with Kaffir Lime Leaf, letting the beer simply rest on the leaf to allow everything to break down and release that great, yet subtle flavor out.” Weighing in at a slightly higher ABV than most Session IPAs, this special brew has been named Hessian Session “because only heavy hitting sketchy hessians are going to pound a 5% [ABV] beer as a session.”

Now that we are all caught up on the process behind the beer, let’s get into these Tasting Notes and see how it turned out!

Appearance:  A somewhat rushed pour produced a slightly orange-hued, golden yellow brew capped with nearly two fingers of airy, bright white foam.  When held to direct light, the color lightens to more of a straw yellow.  The beer is mostly clear and displays steady streams of carbonation coursing within.  Head retention is decent, falling somewhat quickly to a thin but lasting ring that coats the glass with broad sheets of wispy lace patterns.

Aroma:  The aroma is quite citrus driven, boasting notes lime juice and zest, orange and tangerine. There is a pleasant floral note that complements and carries all those citrus notes beautifully.  A muted malt sweetness lies in wait underneath all the bright aromatics provided by the hops and kaffir lime leaf.

Taste:  Just like in the nose, the flavor opens with big citrus notes dominated by pure lime character (sans any tartness) and sweet orange.  This is accompanied by a citrusy floral tone from the kaffir lime leaf, an herbal Noble-like hop presence, and just a grace of tropical fruit and melon.  The malts are reserved, only here to provide a touch of balancing sweetness.

Mouthfeel:  Light in body with a crisp carbonation level, this Session IPA is appropriately light, thirst quenching and clean.  It offers just the right amount of hop bite in the finish, but it is otherwise nicely balanced.  Although the 5% ABV is a bit elevated for the style, the alcohol content is well hidden and the beer drinks just as easily as any other Session IPA out there.  The aftertaste is just a light, lingering presence of floral and citrus notes.

Final Thoughts:  Hessian Session is a fantastic take on the Session IPA style.  It has plenty of West Coast-style hop flavor and bite – although reduced a bit for the sake of elevating its level of drinkability – tucked away into an incredibly light brew.

With that said, it sets itself apart from the field of other Session IPAs with how Iron Fist incorporated the kaffir lime leaf.  By “dry-hopping” the beer with the lime leaf, it translates as almost hop-like in character by lending pure lime flavor and aroma without any tartness or sharpness.  It accentuates and complements the hop bill, and just splendidly rounds out the entire experience.

Although the process for creating Hessian Session may have been inventive and imaginative, the beer still translates easily and simply . . . just like a Session IPA should.  Yeah, this one makes you think a bit about that kaffir lime leaf, but that moment of thought does not keep you from crushing a can in record time.  Hessian Session succeeds at everything it set out to do, and it needs to be on the radar of any hophead out in Southern California and beyond.  Prost!