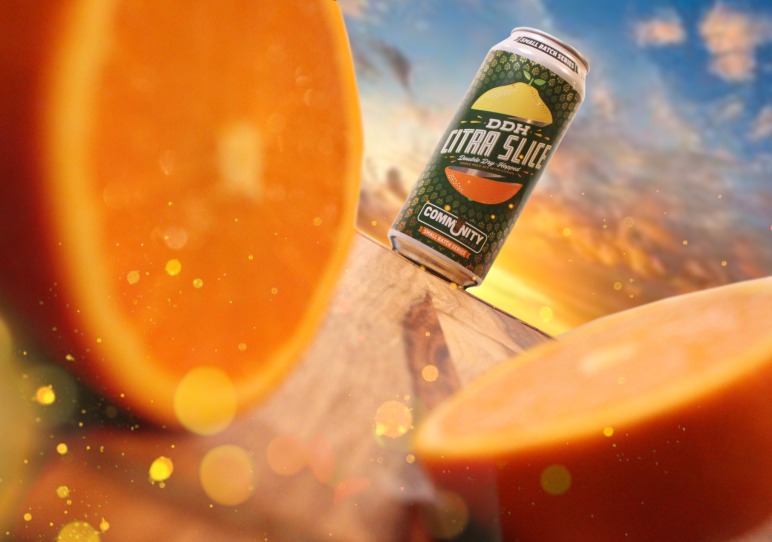 Community Beer Company (Dallas, Texas) has officially announced that it will begin the Limited Can Release of DDH Citra Slice IPA on Wednesday, May 27.

4-packs of 16 oz. cans of DDH Citra Slice IPA will officially be available for curbside pick up at Community Beer Company on May 27, but you can go ahead and pre-order your stash by visiting the brewery’s website. DDH Citra Slice IPA is a taproom exclusive release that will hang around only as long as supplies last. Prost!