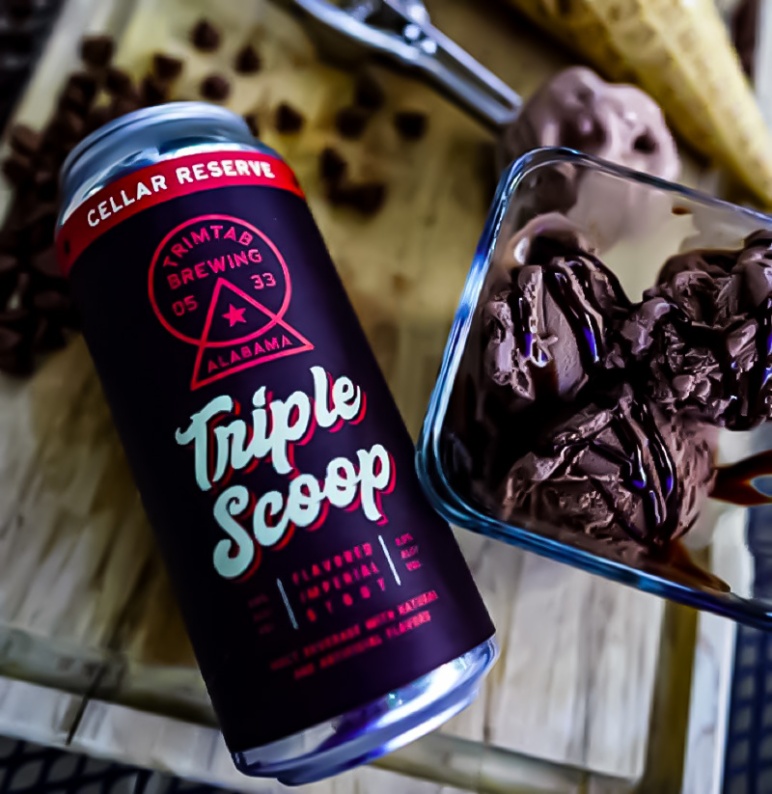 TrimTab Brewing (Birmingham, Alabama) has officially announced that it will begin the Limited Release of Triple Scoop Imperial Stout on Tuesday, July 14.

The latest released to be scooped out of TrimTab’s Cellar Reserve Series of Imperial Stouts and Dessert Stouts, Triple Scoop is an Imperial Stout “brewed with Chocolate Malts, Cacao Puree, Cocoa Powder, and Chocolate Soft-serve Ice Cream.” Clocking in at 9.5% ABV, Triple Scoop promises to be “16 ounces of delicious decadence.”

Triple Scoop Imperial Stout will officially debut in the Tasting Gallery at TrimTab Brewing at noon on July 14, and distribution is expected to follow shortly after the on-site release. You can expect to find this Limited Release available in 4-packs of 16 oz. cans and on draft at select craft beer-focused establishments located within the brewery’s distribution footprint in Alabama and Georgia. Prost!