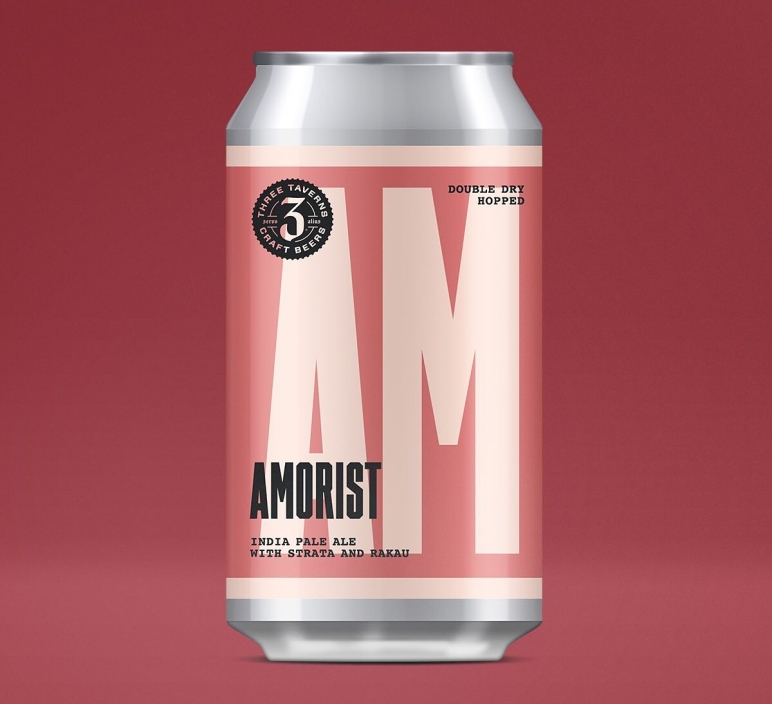 Three Taverns Craft Brewery (Decatur, Georgia) has officially announced that it will begin the Limited Can Release of Amorist IPA during the week of August 3, 2020.

Dropping as the latest experimental hop-forward ale to come out of the brewery’s Hop Leaf Project, Amorist is a Hazy/Juicy India Pale Ale double dry-hopped with “heavy additions of Strata and Rakau hops.” Coming in at 7.6% ABV, the “juice bomb” that is the Amorist can only be described as “a passion-soaked fruit orchard.”

Amorist debuted on draft at Three Taverns on July 24 and cans are scheduled to hit the brewery the week of August 3. This Limited Release offering will be available in 6- packs of 12 oz. cans as long as supplies last. Prost!