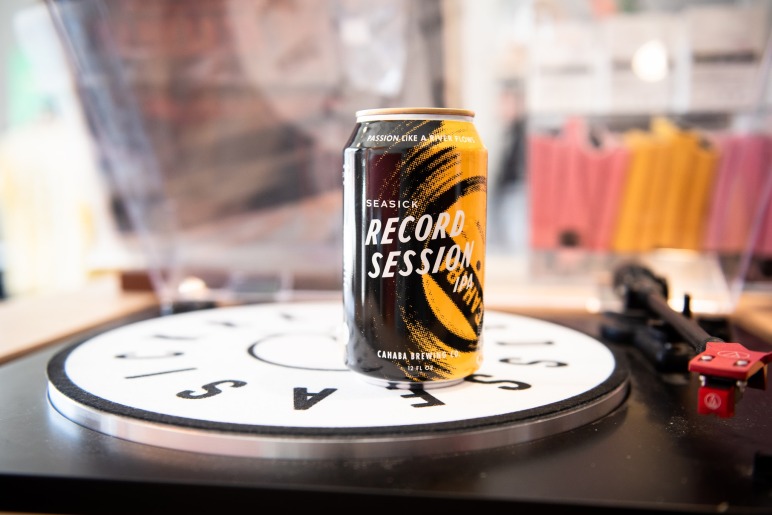 Cahaba Brewing Co. (Birmingham, Alabama) has officially announced that it will begin the Limited Release of Seasick Record Session IPA, a special collaboration project with Seasick Records, in late February 2021.

Seasick Record Session IPA is rolling out now and is scheduled to hang around through late April 2021. You can expect to find this Limited Release available in 6-packs of 12 oz. cans and on draft at select craft beer-focused establishments located within Cahaba’s distribution footprint in Alabama. Prost!