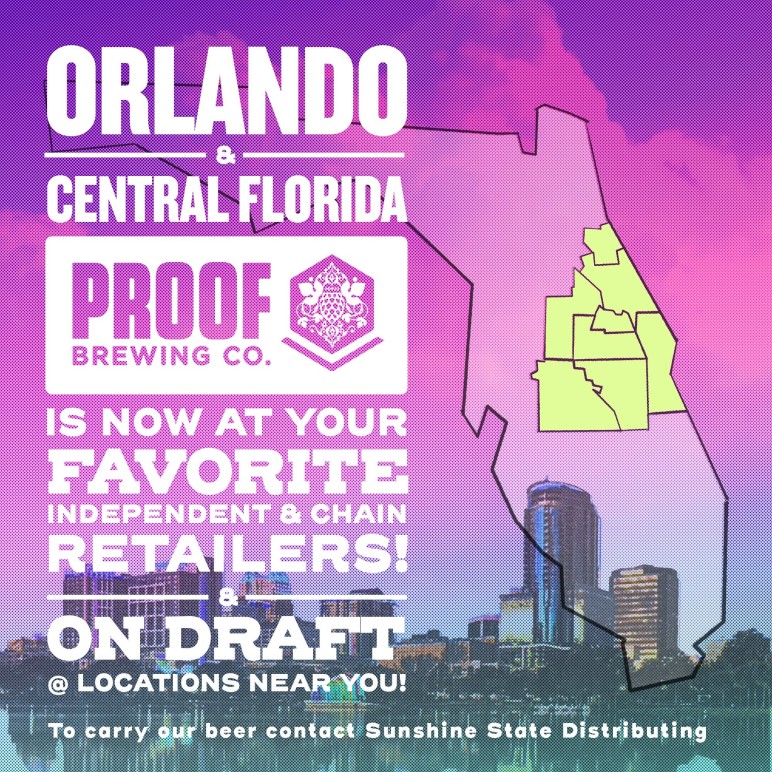 Proof Brewing Co. (Tallahassee, Florida) has officially announced that it has partnered with Sunshine State Distribution to begin distribution in the Orlando area and eight Central Florida counties.

“We’re excited for our new partnership with Sunshine State Distribution and the ability to get our beer to fans in Central Florida,” said Owner Byron Burroughs. “From our core lineup to seasonal innovation, including our fruited sour beers, we’re ready to spread our love for craft beer.”