Not too long ago, the folks at Pepin Distributing Company graciously offered us the opportunity to attend their 8th Annual Brews with Attitude Beer Fest.  Here’s a recap and photographic account of our experience at the event.

As soon as you make it through the entrance gate at Brews With Attitude, you walk into an expansive circle drive that is absolutely packed with a substantial selection of food trucks, a random spread of merchandise vendors, and a plethora of beer stations that are pouring from brewery branded trucks, under tents and in elaborate trailers.  As you work through the crowd, the event has the feel of a pretty standard beer festival . . . well, that is until you make it to the massive, fire-adorned fountain and step foot into Tpepin’s Hospitality Centre.

With outer corridors that display countless pieces of antique breweriana and house lavish billiards and trophy rooms, the core of this gorgeous space is comprised of a grand ballroom that is lined on one side by a stunning bar.  Once the grandiose nature of the space has been fully realized and appreciated, it becomes quite clear that this event is just as much a trade show as it is a beer festival.  The tables occupying the ballroom are all fully stocked with literature on their respective breweries, point of sale items and swag, newsletter sign-up sheets, detailed descriptions of each beer being poured, and various other informative items.  If all that were somehow not impressive enough, almost every brewery – whether from down the street or across the world – had at least one representative in attendance to answer questions and mingle with the crowd.  It is an incredibly professional display that was set up so that each brewery could easily engage its audience and establish long-lasting relationships with its customers.

With that said, we do not want you to think this was just a stodgy affair only meant for the exchange of business cards because that is not at all the case.  The attendees and brewery representatives seamlessly shifted from establishing contacts to doling out high-fives and “WOO” moments.  The overall focus was the beer, but the experience was more choose your own adventure.  If you were there to learn more about your favorite breweries and beers, there were dozens of people there ready to share that information with you over a brew.  If you were just after a night out with friends, you could engage full-on beer fest mode and sample a vast array of tasty beers from open to close.  You had the option to fully immerse yourself in one extreme or the other . . . or a healthy mix of the two.  Because of this level of versatility, Brews With Attitude firmly establishes itself as a unique event and one hell of a good time.

Want further proof? Well, just go ahead and check out the photos below and hopefully they will inspire you to join us at next year’s installment of Brews With Attitude.  Prost!

The Brews With Attitude truck greets guests at the entrance with an inventive menu of beer cocktails.

TPepin’s Hospitality Centre’s massive, fire adorned fountain serves as the perfect centerpiece to one extravagant setting for a beer festival. 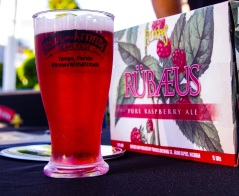 Highland Brewing is in attendance and showing off their beautiful new branding. 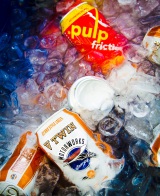 Plenty of tasty beers on ice over at Motorworks Brewing.

Escape Brewing Company was proudly reppin’ The Other West Coast IPA at their tent. 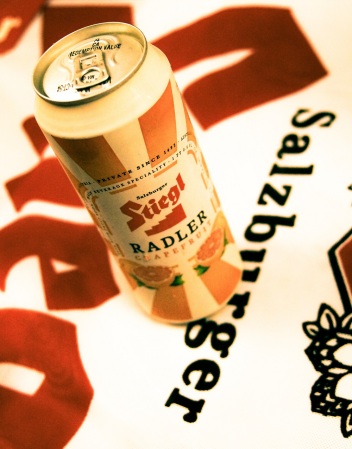 One of a handful of international breweries in attendance, Stiegl was well represented and pouring their always refreshing Radler.

With this truck prominently displayed, attendees had no problem tracking down a beer from Big Storm Brewing Co.

The hallways of TPepin’s Hospitality Center are absolutely covered with countless pieces of breweriana like this gorgeous Anheuser-Busch beer tray.

The bottles come out and Angry Chair draws a line.

Many award-winning beers were pouring at Brews With Attitude. An example: this Mischievous Black from Six Ten Brewing. 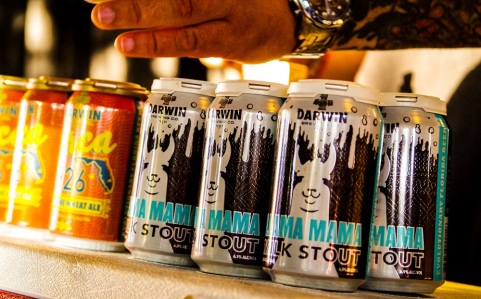 Jason dishes out the knowledge on the beers of Darwin Brewing Co. 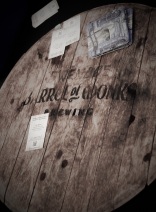 Barrel of Monks Brewing brought their own flavor to the event. 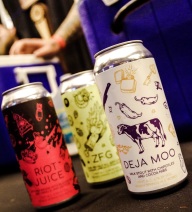 Hidden Springs Ale Works used the event to tease an upcoming can release.

The friendly crew at Big Top Brewing Company was excited to discuss their brews with guests.

The lineup over at Swamp Head Brewery was sneaky good.

Duvel and Brewery Ommegang hit attendees with a stellar lineup of Belgian brews and classic styles.

From barrel-aged Porters to refreshing IPAs, Goose Island was pouring a little something for everyone at Brews With Attitude.

Narragansett was filling glasses with some refreshing classics.

A happy crowd works its way through the trade show floor.

Spiked Seltzer offered some variety to those seeking a break from the beers.

Proof Brewing Co. ventured down from Tallahassee to pour up some tasty goodness.

Innis & Gunn broke out a vast selection of its barrel-aged beers for the event.

The beautiful people at Vice Cream helped us close out the night in proper fashion with some Afternoon Delight ice cream.

Promising to be “bigger and better than ever”, Brews With Attitude is returning for its eighth year of celebrating Pepin Distributing Company’s fine portfolio of craft, import and specialty beer offerings.  Since this event boasts a spread of over 200 beers and ciders, a convoy of food trucks and various other activities to enjoy, there is a good amount of information for us to go over.  What do you say we break it all down?

Tickets for Brews With Attitude are available now for $40 each and you can purchase yours by clicking here.  Ticket cost includes a commemorative tasting glass, the ability to sample over 200 beers, and access to live entertainment.  Food, non-alcoholic beverages and cigars will be available for an additional cost.  If the event does not sell out in advance, tickets will be available for purchase – with either cash or credit – at the door on the day of the event.

Alright, that should just about cover all the information currently available for the upcoming Brews With Attitude Beer Fest.  With that said, the folks at Pepin Distributing Company have promised to send us an update in the coming days, and we will pass that information along just as soon as we have it. Stay tuned.

If you are free on April 3 and looking to sample some tasty beverages, just go ahead and block out that date on your calendar now, get your friends together, lock down some tickets and meet us at TPepin’s Hospitality Centre so that we can all raise a glass together at Brews With Attitude 2018.  Prost!