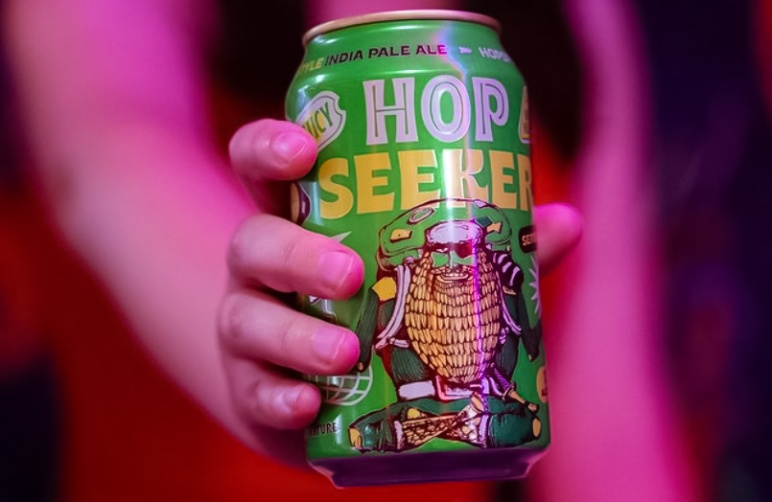 Hop Seeker West Coast IPA is rolling out now and will hang around for a limited time. You can expect to find this Limited Release available in 6-packs of 12 oz. cans and on draft at select craft beer-focused establishments located throughout Texas. Prost!

Release – Limited/Hop Seeker Series; August 2021
Style – West Coast-style India Pale Ale
ABV – 7.3%
Featured Hops – Mosaic
Fun Fact – On the inspiration behind the Hop Seeker Series: “Without hops, there could be no beer, and in our book, that makes it one of the planet’s important natural resources. Hop Seeker, the obsessed mystic, travels the natural world in search of IPA’s star ingredient – the juiciest, piney-est and dankest almighty hop.”
Availability – 6-packs of 12 oz. cans & draft
Distribution – Texas