Sixpoint Brewery (Brooklyn, New York) has officially announced that it will begin the Limited Release of PUFF PUFF DDH Cloudy IIPA in mid-September 2019.

Back when Sixpoint first created PUFF Cloudy IIPA in 2016, they basically presented their Year-Round Resin IIPA in its “most raw form” by pulling it “straight from the tanks, still densely packed with pure hop particulate for extra potency.” Fast forward three years later and PUFF PUFF has surfaced to take the original PUFF’s “cloudy formulation stratospheric” by “[amping] up the special blend of dry-hops by 2x.”  This makes PUFF PUFF (9.8% ABV) “an absolute haze bomb” filled with “tropical and juicy notes that complement the signature dankness.”

PUFF PUFF is slated to debut in mid-September 2019 and will hang around for a limited time.  You can expect to find this Limited Release available in 4-packs of 12 oz. cans and on draft at select craft beer-focused retailers, bars and restaurants located in Alabama, Florida, New York and throughout the rest of Sixpoint’s distribution territory.  Prost! 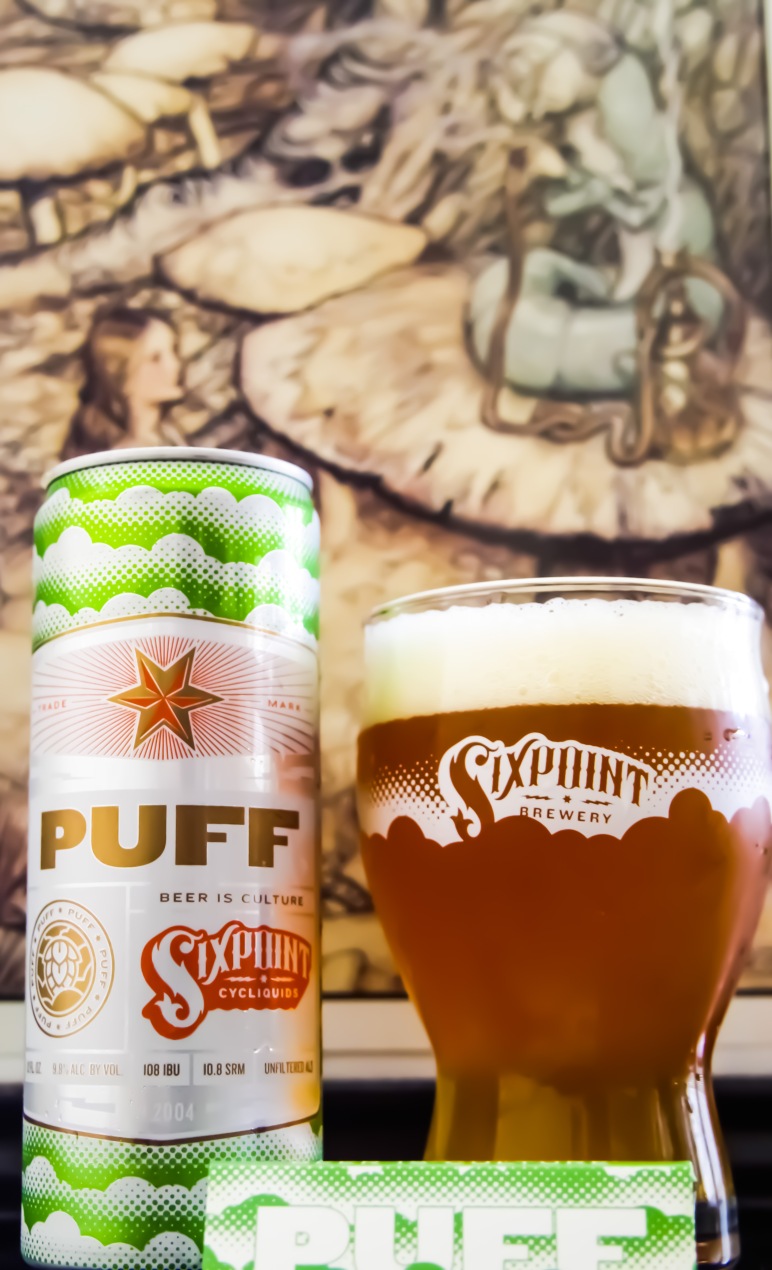 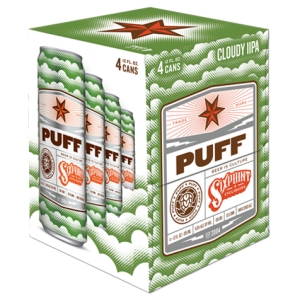 Tasting Notes goes big with the hops this week as we take a look at Puff Cloudy IIPA from Sixpoint Brewery (Brooklyn, New York).

Puff Cloudy Imperial India Pale Ale was a special summer release in Sixpoint Brewery’s Cycliquids Series, a constantly rotating series of beers where brewers experiment with new styles and/or create new takes on past releases. Puff is a throwback to a time when many Sixpoint offerings stood out from the crowd by being the “hazed-up, cloudy, bitter, and aromatic” beer on the bar.  Times have changed and most beers you get from Sixpoint these days are “crystal-clear. No floaties, no yeasties, just beastly flavors.”  Puff harkens back to the hazy past by taking fan favorite Resin IIPA and leaving it completely unfiltered.  By skipping this step and adding an “extra dose of dry hops”, Puff gives you an otherworldly hoppy beer experience that will not soon be forgotten.  This is a limited release offering that may still be floating around craft beer shelves in 4-packs of 12 oz. cans.  With that info covered, let’s pop the top and hit this Puff for some Tasting Notes!

Appearance:  Puff pours up a tangerine to deeper orange that tapers in depth of color from the bottom to the top of the glass.  Held to direct light, the oranges intensify and brighten to display more radiate hues.  The body lives up to the beer’s name by displaying a wonderfully cloudy appearance that even has some floaties and sediment moving around in there.  A moderate carbonation level feeds the finger and a half of tight white foam built off the pour.  Retention is pretty good and the lace coats the glass thanks to the amazing level of stick it has.

Aroma: Even with the glass almost at arm’s reach from me, nothing but incredibly dank, resiny hops fill the air to greet my nose.  Pine and citrus pretty much dominate everything happening here with notes of grapefruit and pineapple wafting about.  The malts are easily overtaken by the hops, but there is a distinct sweetness lurking in the background. This is nothing but blatantly huge Imperial IPA aromatics and I want to bury my nose in it.

Taste:  I know this is going to shock many of you, but the hops are massive and crazy dank here as well.  The hops crash the palate with aggressive grapefruit notes of juiciness from the fruit’s meat and bitterness from the zest.  Tropical tones of pineapple and mango also turn up, and resinous pine eventually asserts its dominance.  Sweet caramel malts lend some sweetness . . . but just as you feel you are beginning to wrap your mind around them, a hop note bites back to remind you that you are and always will be dealing with an Imperial IPA when sipping this beast.

Mouthfeel: Puff falls on the higher side of medium in body with a moderate carbonation level.  This beer has incredible stick to it, coating the mouth with a constant hop experience.  To be honest, I have never experienced a beer that leaves so much hop residue and oil on the palate.  The ABV does have size to it, so there is some heat that lingers a touch in the throat.  The ABV might actually be more intense than it comes across, but the hop level acts as a distraction from that as well. Dropping serious levels of both bitter and sweet, this beer finishes with an aftertaste that is all citrus hop insanity.

Final Thoughts:  The one word that I keep coming back to when sipping this beer is “intense”.  I have said many times in the past that the brewers at Sixpoint can do some amazing things when you put hops in their hands, and that absolutely applies once again when you take a look at Puff.  Actually, it takes that observation to a whole new level thanks to the unfiltered nature of this offering presenting you with every character and aspect of these hops.  There is so much dynamic hop character filling the aroma and flavor that it is delightfully overwhelming and mind-blowing at times.  Puff IIPA is definitely not a daily drinker or lawnmower beer, but this big boy is a fantastic sipper that forces you, whether you like it or not, to take notice and appreciate all it and its boatload of hops have to offer.  Sip and get your hop fix here, folks.  Prost!