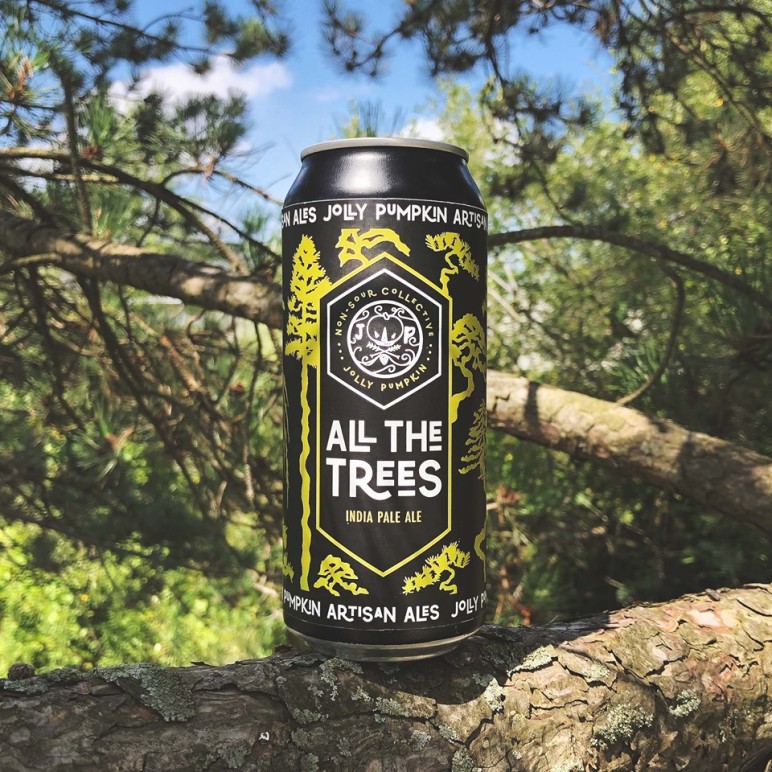 Jolly Pumpkin Artisan Ales (Dexter, Michigan) has officially announced that it will begin the Limited Release of All the Trees India Pale Ale at the end of August.

Arriving as the fourth release in Jolly Pumpkin’s Non-Sour Collective, All the Trees is a Hazy India Pale Ale that “[features] a double dry hop of Chinook, Simcoe, and Vanguard” hops. Boasting a “piney aroma . . . along with a hint of grapefruit, melon, and nutmeg spice,” All the Trees (7.2% ABV, 63 IBUs) comes together to offer a flavor profile that is “a perfect harmony of orange creamsicles, bubblegum, and melon.”

“IPAs are great, and one of my favorite styles. Hop and yeast varieties create an infinite palate for delicious drinkable flavor explorations. Darker malts are just too heavy to allow these other beautiful flavors to shine through.”

All the Trees debuted at all Jolly Pumpkin locations on August 24 and is scheduled to enter distribution any day now.  You can expect to find this Limited Release available in 4-packs of 16 oz. cans and on draft at select craft beer retailers, restaurants and bars located within Jolly Pumpkin’s distribution footprint in Michigan, Ohio and California.  Prost!

Vital Information for All the Trees from Jolly Pumpkin Artisan Ales