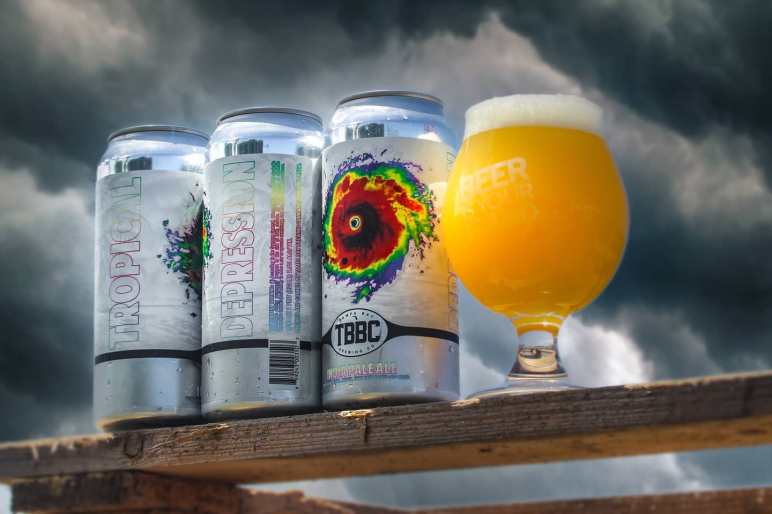 Tampa Bay Brewing Co. (Tampa, Florida) has officially announced that it will begin the Limited Release of Tropical Depression IPA on Saturday, June 12.

Tropical Depression IPA – available in 4-packs of 16 oz. cans and on draft – will hit Tampa Bay Brewing Co.’s Ybor and Westchase taprooms on June 12 and will hang around only as long as supplies last. There is no word at this time as to whether or not this Limited Release will see distribution. Prost!