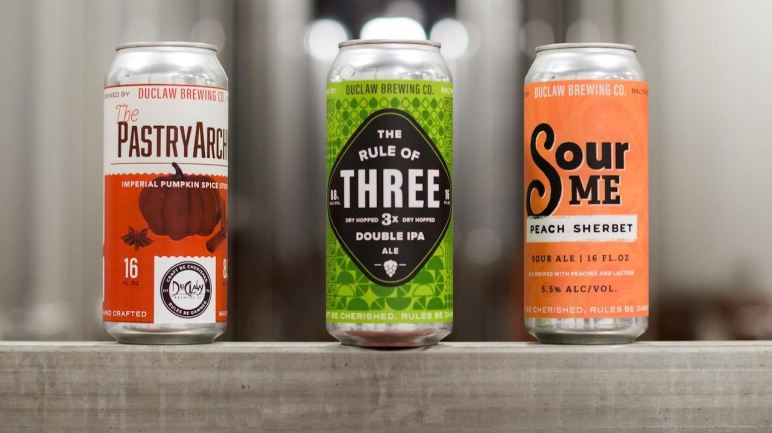 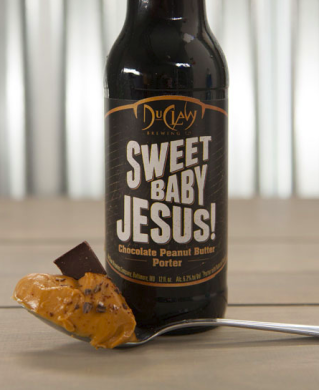 DuClaw Brewing Co. (Bel Air, Maryland) has partnered with International Wines & Craft Beer in Alabama and AB Beverage in Georgia so that it can begin distribution in those states immediately.

Established as a brewpub in Bel Air, Maryland in 1996, DuClaw Brewing Co. hit the scene wanting to be “known for its cleverly crafted beers, depth of flavor and irreverent personality.”  Those three attributes have proven to be quite the formula for success as the brewery has since gone on to earn “more than 60 awards” and establish a portfolio boasting “more than 30 distinguished microbrews.”  The brewery’s popularity absolutely exploded on a national level with the release of Sweet Baby Jesus Chocolate Peanut Butter Porter in 2011. Thanks to stellar reviews spread by the brewery’s fans and a Bronze Medal finish at the 2014 Great American Beer Festival (Chocolate Beer Category), Sweet Baby Jesus has acted as a catalyst for the brewery to steadily expand distribution to get their innovative, unique offerings into the hands of more and more craft beer fans.  With the addition of Alabama and Georgia, DuClaw Brewing Co.’s U.S. distribution now amounts to 19 states across the Northeast and Southeast.

“Alabama and The Peach State are two that have been knocking on our door for awhile, and it got to a point where we knew it was time,” said DuClaw Founder and President Dave Benfield. “The response has been unreal. It’s been really fun to recognize this demand, finally bring DuClaw into these markets, and then hear such positive feedback. This is why I am in the business!”

DuClaw will launch distribution in Alabama and Georgia with Sweet Baby Jesus and “a full lineup of clever and well-crafted . . . craft beers” that will include Sour Me Peach Sherbet, Dirty Little Freak, The PastryArchy Pumpkin Spice, and Rule of Three Double IPA. The full descriptions for these beers are as follows:

The beers listed above are rolling out now in all areas regularly serviced by International Wines & Craft Beer in Alabama and AB Beverage in Georgia.  Look for all these beers to be available on draft and in their respective packaging format.  Prost!

Anderson Valley Brewing Company (Boonville, California) has officially announced that they have partnered with International Wines & Craft Beer to bring their offerings back to the state of Alabama beginning this month.

When the brewery was founded on December 26th, 1987 in the town of Boonville, California, Anderson Valley Brewing Company was just “one of only 20 craft breweries in the country.”  Thanks to a commitment to experimentation and innovation, their hand-crafted, authentic ales and lagers have helped the brewery grow from a “modest” 10-barrel brewhouse to what is now a “26-acre property [that] houses a 100-barrel brewhouse, tasting room, beer garden, and is home to the first 18-hole disc golf course ever to be built at a brewery.” Now considered to be one of the pioneers of the American craft beer industry, Anderson Valley Brewing Co. is known for a solid, time-tested portfolio of Year-Round brews, an incredibly popular line of Goses, and an exclusive partnership with Wild Turkey® Bourbon that yields their Barl Series of bourbon barrel-aged beers.  To the delight of the Alabama beer community, the brewery has now decided that its next step moving forward is a much-anticipated return to the Heart of Dixie.

“As the craft beer movement continues to grow, we’ve been keeping our eye open for opportunities to expand into regions with strong, craft-oriented wholesalers. Partnering with International just made sense; their knowledge of craft is exemplary and their dedication to building brands is impressive. We’re optimistic about what the future holds for us in Alabama.”

The beers of Anderson Valley Brewing Company are available throughout the state of Alabama effective immediately.  International Wines & Craft Beer will handle all distribution responsibilities for the brewery in Alabama, and this fine distributor already has the following list of Anderson Valley launch events planned:

All the launch events listed above are sure to feature some tasty treats, so be sure to attend one (or many) so that you can give the folks at Anderson Valley Brewing Company a proper welcome back to the great state of Alabama.  Prost! 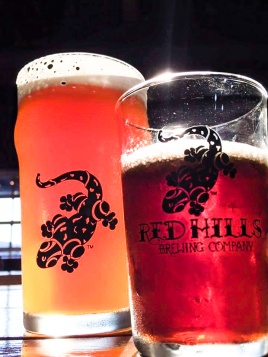 When Red Hills Brewing first opened their doors earlier this fall, the brewery initially utilized a soft-opening style at launch by only having their beers available in the taproom.  This approach made it so the brewers could gauge demand and allowed everyone involved to get used to their new roles.  Confident that they have achieved these goals and can maintain consistency, Red Hills Brewing Company will now take the next natural step forward by beginning distribution in Alabama’s Jefferson and Shelby counties.

The brewery confirms that the following four offerings will begin distribution on draft on December 8:

Although these are the only four offerings with confirmed availability at launch of distribution, the brewery does hint that “other offerings” may also turn up at your favorite craft beer spots.

Distribution of these kegs will officially begin on December 8 in Jefferson and Shelby counties, but Red Hills Brewing Company does plan to expand distribution into the rest of Alabama at a later date.  Birmingham’s International Wines & Craft Beer will handle all distribution responsibilities for Red Hills.  The distributor and brewery have several launch events planned throughout the distribution area during the week of December 19.  Keep an eye on International Wines & Craft Beer’s social media accounts (Facebook, Instagram, and Twitter) for information concerning these events, and I will of course update this post with that info when it surfaces.  Wherever you happen to end up, just go ahead and make plans to give Red Hills Brewing a proper welcome to distribution at your favorite craft beer bar, restaurant or retailer in a couple weeks.  Prost!