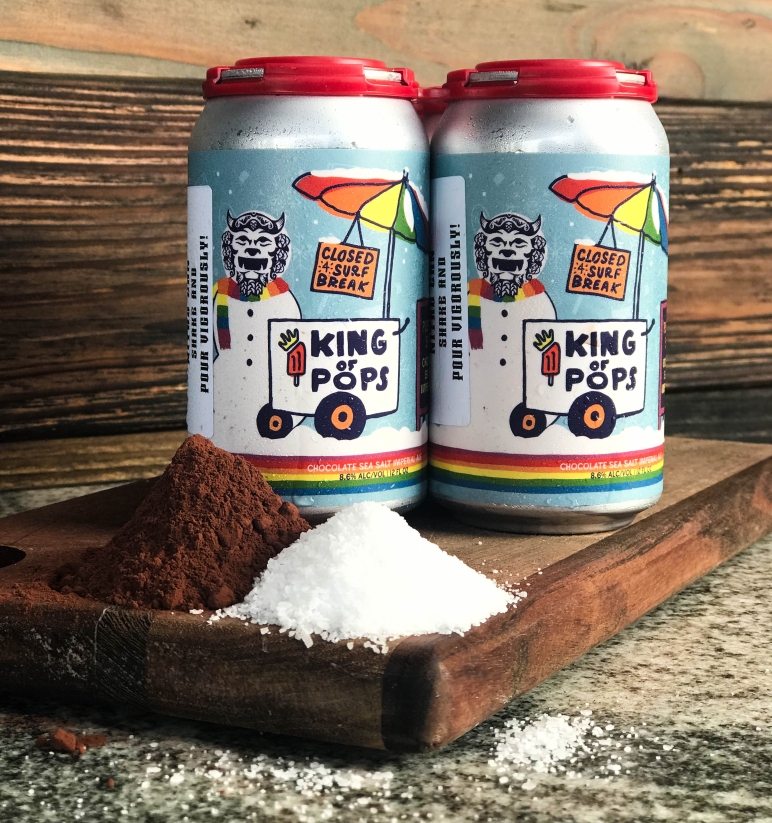 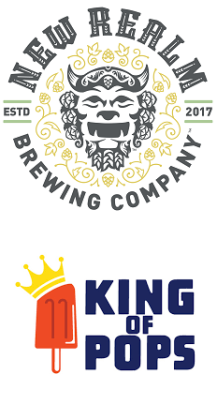 “We worked with our friends at King of Pops and their ingredients to create this beer which does a remarkable job of replicating the creamy chocolate flavor of their most popular pop. Projects like this where we get to work with great folks in our community, are extremely fun and tremendously delicious!” said Mitch Steele, Brewmaster and Co-Founder of New Realm Brewing.

“Chocolate Sea Salt is our best-selling flavor, and it’s the one we try our best to have at every single cart and shop. We thought it would fit well with a darker beer, perfect for the increasingly mild but dreary Atlanta winters” said Steven Carse, Co-Founder of King of Pops.

Push Cart – Chocolate Sea Salt Imperial Ale is scheduled to officially release in New Realm’s Atlanta and Virginia Beach locations on January 21 and will enter limited distribution shortly after the on-site releases.  You can expect to find this Limited Release offering available in 6-packs of 12 oz. cans and on draft at select craft beer-friendly establishments located within New Realm’s distribution footprint in Georgia.  Prost! 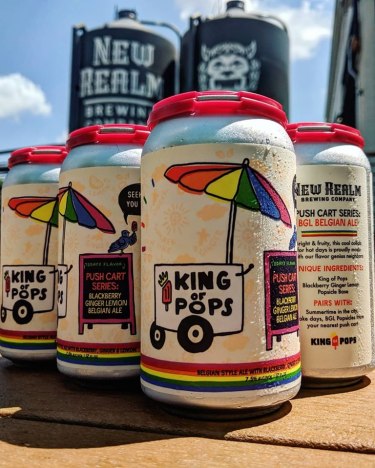 New Realm Brewing Company (Atlanta, Georgia) has officially announced that BGL Belgian Ale, the first release in its Push Cart Series of popsicle-inspired collaborations with Atlanta-based King of Pops, will be available for a limited time beginning on Tuesday, June 25.

Arriving just in time to cool down those “sweltering temps” that make “summer days and nights nearly unbearable” here in the South, BGL Belgian Ale is a Belgian-style Amber Ale modeled after the (B)lackberry (G)inger (L)emon popsicle from King of Pops. Filled with its own “intense” notes of blackberry, ginger and lemon, the “bright and fruity” BGL Belgian Ale (7.5% ABV) is the perfect pairing for “summertime in the city, lake days and BGL popsicles from your nearest King of Pops pushcart.”

“One of the most enjoyable tasting sessions we have ever had was sitting in our Barrel Room with our neighbors, King of Pops, pairing a bunch of our beers with their popsicles,” said Carey Falcone, Co-Founder and CEO of New Realm Brewing. “The clear favorite was their Blackberry Ginger Lemon pop with our Belgian style beer, so we put together a recipe that would allow for the popsicle base to blend excellently with beer. What our brewers came up with is a cool beer with a refreshing fruity character.”

“We want to keep pushing ourselves to help create things that make people happy,” said Steven Carse, Co-Founder of King of Pops. “Working with New Realm to create a beer that is amazing by itself and completely unique when you add a pop to it hopefully does exactly that. So excited to share this with Atlanta.”

BGL Belgian Ale will debut with a Release Party at New Realm Brewing Company’s Atlanta location on June 25 and is scheduled to enter distribution shortly after the on-site release.  You can expect to find this Limited Release offering available in 6-packs of 12 oz. cans and on draft at select craft beer-focused establishments located within New Realm’s distribution footprint in Georgia.  Prost!