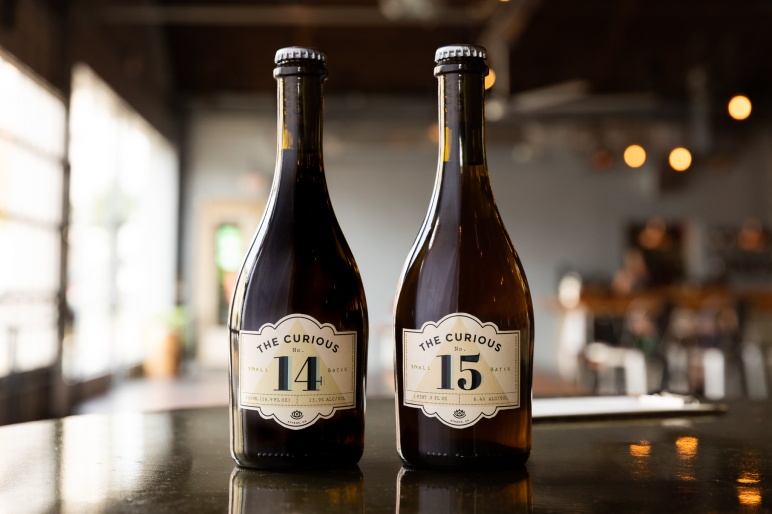 The Curious Series is a small batch lineup of beers that allows Creature Comforts Brewing Co. the opportunity to get creative and “continuously explore the flavors of its beers and how those interact with different processes, ingredients, and time.”  The next two Limited Releases from this series are as follows (descriptions sourced directly from the brewery’s press release):

The Curious No. 14 – Double Barrel-aged Barleywine | In making the Curious No. 14, Creature Comforts set out to achieve fruity, rich, decadent complexity in this beer by using a traditional English barley base, all English ingredients, a long boil, and extended maturation in select, small-batch barrels. The beer aged first in bourbon barrels for eight months, and then in rye barrels for 19 months. ABV – 13.9%

The Curious No. 14 and The Curious No. 15 will debut in the Tasting Room at Creature Comforts Brewing Co. on November 29.  Both of these Limited Release brews will be available in 500ml bottles as long as supplies last.  The Curious No. 14 & No. 15 are both brewery-only releases and will not see distribution.  Prost!