Beer calendar season is still alive and well, and this week we are here to offer you a look at the 2020 Release Calendar from Bell’s Brewery (Comstock, Michigan).

Just as we do with pretty much every beer calendar around here, we have posted the full 2020 Release Calendar from Bell’s Brewery below for you take in at your own leisure.  With that said, the brewery has plenty of exciting releases in store for all of us and we feel it necessary to quickly go over a few of those highlights. Let’s get to it:

“Now, this isn’t all we have lined up for 2020. We always like to keep a few things close to the vest. We’ll have plenty more to share in due time.”

That should just about cover all the releases we wanted to mention, but there are still quite a few exciting brews left for you to discover on the calendar below. Give it a good look and get ready for lots of good times with Bell’s Brewery in 2020.  Prost! 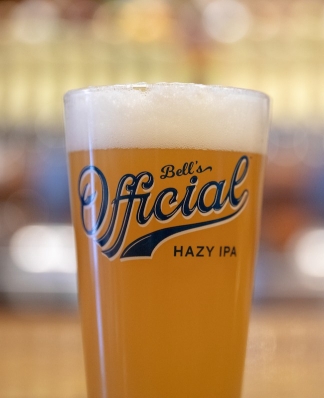 Another week brings with it another wave of beer calendars, and this one is kicking off with the 2019 Release Calendar from Bell’s Brewery (Comstock, Michigan).

Just as we do with all beer calendars in these parts, we have published Bell’s 2019 Release Calendar in its entirety below for you to thumb through whenever you have the opportunity.  With that said, we feel it is our duty to briefly go over a few important highlights before turning you over to that document.  Let’s get to it:

“This is just a preview of coming attractions, though not all of them are ready to share just yet. We still have a few more surprises to come,” Larry Bell, President and Founder of Bell’s Brewery said. “A few years ago we debuted The Planets Series, beers inspired by the work of Gustav Holst. This year, we’re going to introduce a new series inspired by the arts, but this time a little closer to home.”

“Our Leaves of Grass series will kick off later this year, we’ll have more to share on that soon,” he added.

That should just about cover everything we wanted to go over for this one, but there is still a good amount of information left for you to uncover on the calendar below.  Be sure to check it out that way you are fully prepared for all the releases headed your way from Bell’s Brewery in 2019.  Prost!

Back for the first time since 2012 and just in time for the holidays, mini-kegs of Two Hearted Ale are 1.32 gallons of the award-winning American India Pale Ale that was recently voted “No. 1 Beer in America” for the second year in a row by members of the American Homebrewers Association. These “eccentric” 5L mini-kegs are “perfect for sharing (or not) and make great gifts.”

If you happen to be unfamiliar with this legendary brew, here is the brewery’s official description of Two Hearted Ale:

Two Hearted Ale | American India Pale Ale – Brewed with 100% Centennial hops from the Pacific Northwest and named after the Two Hearted River in Michigan’s Upper Peninsula, this IPA is bursting with hop aromas ranging from pine to grapefruit from massive hop additions in both the kettle and the fermenter. Perfectly balanced with a malt backbone and combined with the signature fruity aromas of Bell’s house yeast, this beer is remarkably drinkable and well suited for adventures everywhere.  ABV – 7%

A limited quantity of Two Hearted Ale mini-kegs will be sent out into distribution during the week of November 5 and will be available at the Bell’s General Store in Kalamazoo on November 7. These mini-kegs will be available for a limited time at select craft beer-friendly retailers located in Alabama, Florida, Michigan and throughout the rest of the brewery’s distribution area.  Two Hearted Ale is also available Year-Round in 6-packs of 12 oz. bottles, 6-packs and 12-packs of 12 oz. cans, 4-packs of 16 oz. cans and on draft.  Prost!

"Alone of all the races on earth, they seem to be free from the 'Grass is Greener on the other side of the fence' syndrome, and roundly proclaim that Australia is, in fact, the other side of that fence." - from Australia - The Confusing Country by Douglas Adams 🍺: Oso Under from @alesmithbrewing & @alvaradostreetbrewery 🐨