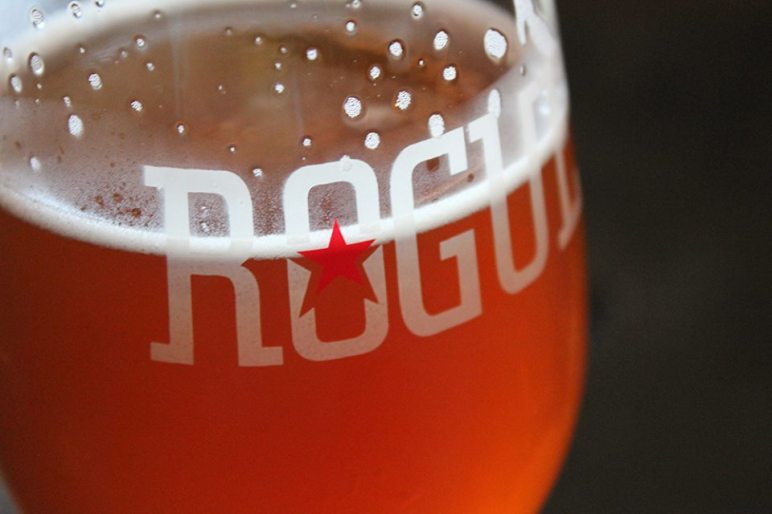 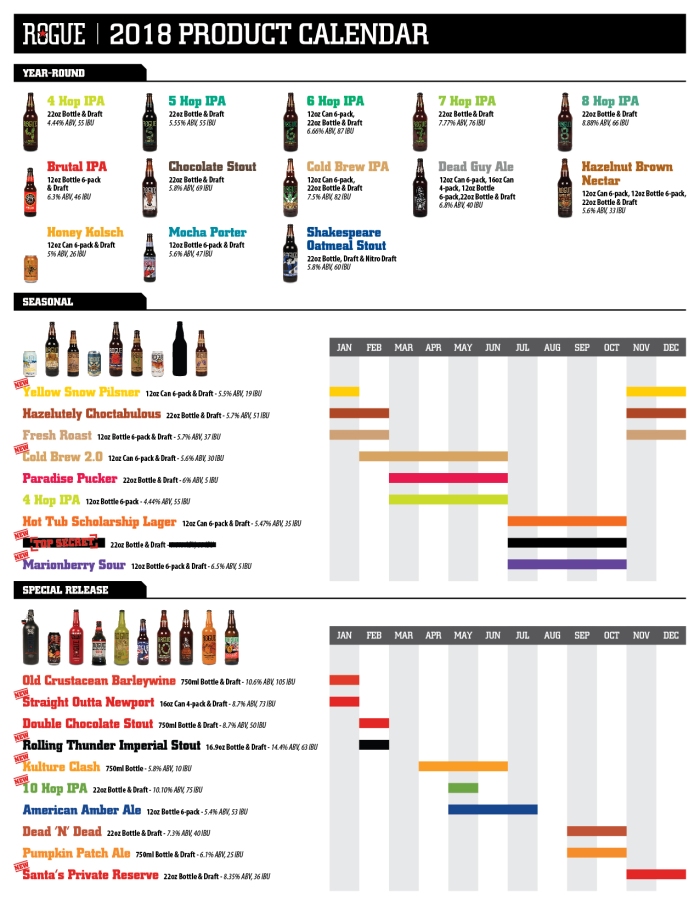 Rogue Ales (Newport, Oregon) has announced that its long-standing Hazelnut Brown Nectar will begin wearing some newly redesigned artwork at the start of the New Year.

Hazelnut Brown Nectar’s artwork has always featured an image of Studach to recognize his role in developing the recipe, but the folks at Rogue have decided that now is the time to streamline the label’s look with an image more indicative of what is inside the container.  The updated design now features “a hand-drawn cracked hazelnut” to cut down on any confusion.  Despite the change, “each can, bottle and package is dedicated to Chris Studach” and the nectar inside remains the same.

“It was time for a new look. We went with hazelnuts on the label to better convey what the product is,” said Rogue Creative Director Hagen Moore about the 5-time GABF winning beer. “The nut is cracked to reveal the nectar inside.”

Hazelnut Brown Nectar’s updated artwork will officially begin hitting shelves on January 1, 2018.  As always, you can find this Year-Round offering available in 22 oz. bottles, 12 oz. bottles, 12 oz. cans, and on draft at craft beer establishments located in Alabama, Florida, Oregon and throughout the rest of Rogue’s nationwide distribution network.  Prost!

Rogue Ales (Newport, Oregon) recently hit social media with the news that their fan-favorite blend lovingly known as Hazelutely Choctabulous will soon be released in bottles and on draft.

Hazelutely Choctabulous, an innocent idea dreamed up by brewery super-fans to mix two long-standing and respected brews from Rogue Ales, is a secret that can no longer be contained.  This 60/40 blend of Hazelnut Brown Nectar and Rogue Chocolate Stout has reached such a level of popularity that the brewery has decided to officially release it as a stand-alone offering in bottles and on draft.  For the full story on the beverage also known as “Candy Bar in a Bottle,” here is the full brewery description:

For years, our hardest core local fans have been drinking a blend of Chocolate Stout and Hazelnut Brown Nectar, they say it tastes like a chocolate candy bar.  We have taken these two absolutely fabulous beers and fused them together to create Hazelutely Choctabulous, dark and decadent with a rich nutty flavor up front followed by a chocolate truffle finish.  We’re thrilled to share our little secret with the world.

Rogue Ales has hinted that Hazelutely Choctabulous will be arriving in January of 2017.  What is confirmed is that this offering will be available in 22 oz. bottles and on draft at fine beer bars, restaurants and retailers in Alabama, Florida and throughout the brewery’s expansive distribution area.  The idea of a “Candy Bar in a Bottle” is sure to get the attention of many beer lovers out there, so stay vigilant and snag your bottle or pour when you see it.  Prost!