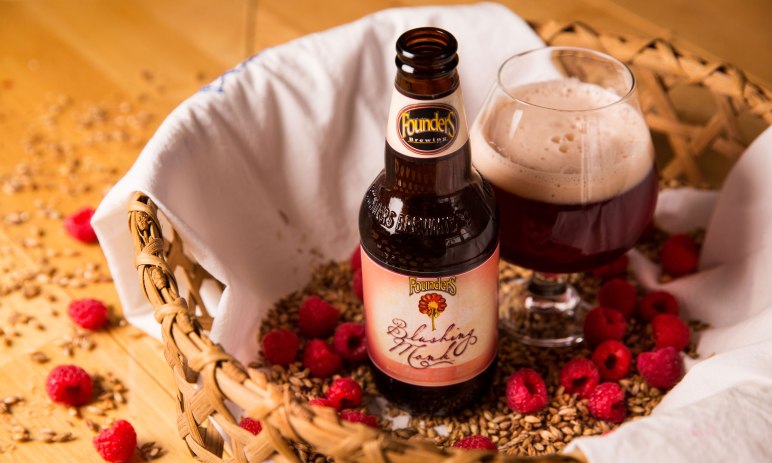 Founders Brewing Co. (Grand Rapids, Michigan) has officially announced that it will begin the Limited Release of Blushing Monk in December 2020.

An infrequent but fan-favorite release from Founders Brewing Co., Blushing Monk is a Belgian-style Strong Ale “brewed with a ridiculous amount of raspberries for tart yet luscious raspberry-jam character and fermented with Belgian yeast for subtle fruit and spice esters.” Incredibly easy-drinking for 9.2% ABV, Blushing Monk is “an intense and delicious example of a Founders fruit beer.”

“Some of us have been around Founders long enough to remember the first time we bottled Blushing Monk back in the early 2000s,” said Brewmaster, Jeremy Kosmicki. “I remember it vividly because it was all hand packaged on a two-headed counter pressure filler and it took several days of around-the-clock action to get it done. These days, things are a bit more streamlined, but I still feel nostalgic whenever we decide to brew this huge raspberry ale.”

Blushing Monk is scheduled to return in early December 2020 and will stick around through March 2021. You can expect to find this Limited Release available in 4-packs of 12 oz. bottles and on draft at select craft beer-friendly establishments located in Alabama, Florida, Michigan and throughout the rest of Founders Brewing Co.’s nationwide distribution network. Prost! 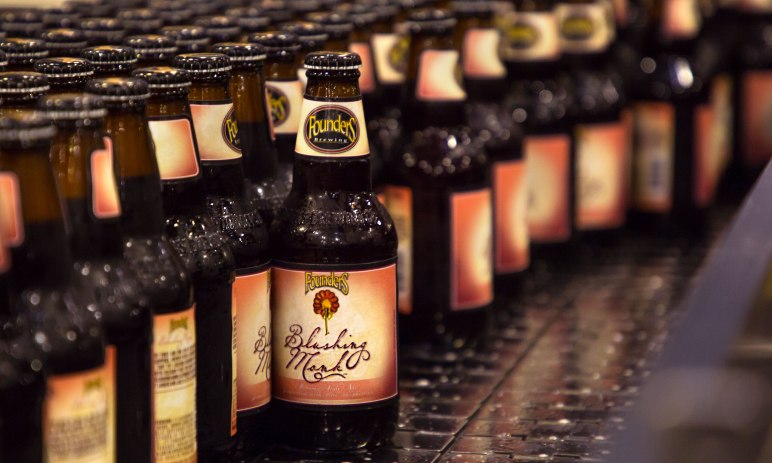 Originally created by the brewers at Founders to serve as “a nod to the ancient monastic art of brewing”, the occasionally released, fan-favorite Blushing Monk is a Belgian-style Ale brewed with “a ridiculous amount of raspberries” and fermented with a Belgian yeast strain.  These two featured ingredients beautifully unite as “fruit-forward ferment aromas and spice esters combine with . . . a tart and luscious, raspberry-jam character.”  Coming in at 9.2% ABV, you can consider Blushing Monk to be “Rubaeus’ older sibling – more intense, slightly larger and just a little bit more mature.”

Blushing Monk will officially release on January 4 and is scheduled to hang around through March 2019.  You can expect to find this Limited Release available in 4-packs of 12 oz. bottles and on draft at select craft beer establishments located in Alabama, Florida, Michigan and throughout the rest of Founders Brewing Co.’s distribution territory.  Prost! 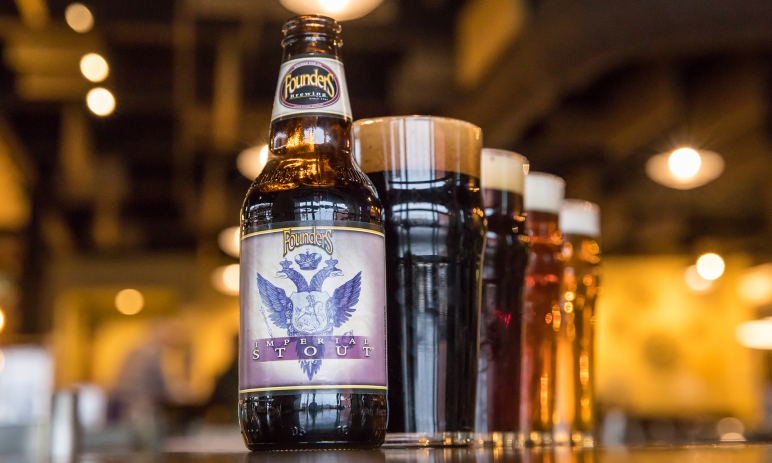 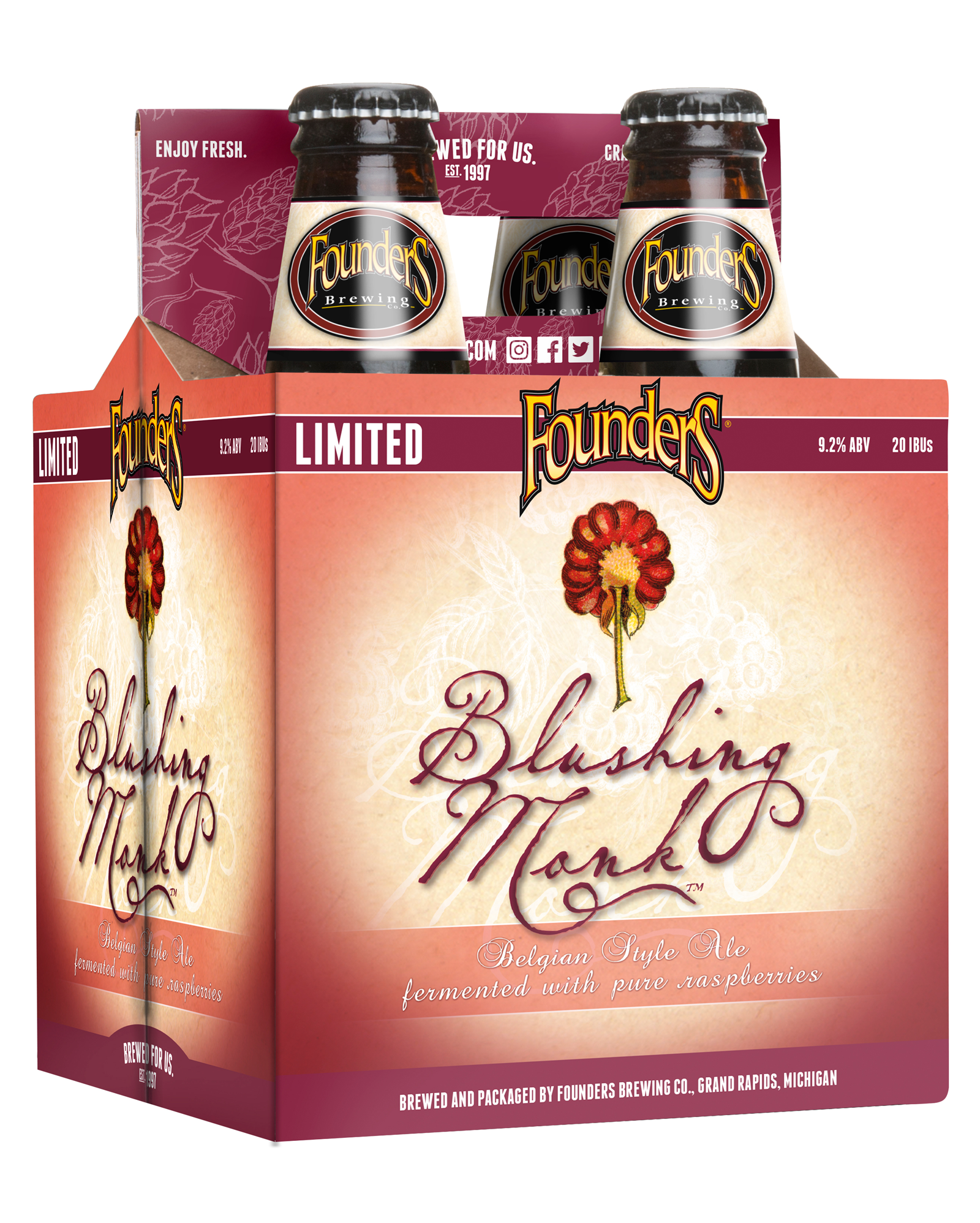 Brewery release calendar season is upon us once again, and Founders Brewing Co. (Grand Rapids, Michigan) has stepped forward this week to reveal a 2019 Availability Calendar that is sure to get quite a few of its loyal fans rather excited.

Just as we have done in previous years with release calendars, we have posted Founders Brewing Co.’s full 2019 Availability Calendar below for you to go over at your own speed. It is pretty self-explanatory, but there are a few pieces of news that we need to pass along before we set you loose on that calendar:

Ok . . . that should pretty much cover everything we needed to go over, but there are still a few things left for you to discover on the calendar below.  Check it out and start getting yourself prepared for another great year of beer with Founders Brewing Co. in 2019.  Prost! 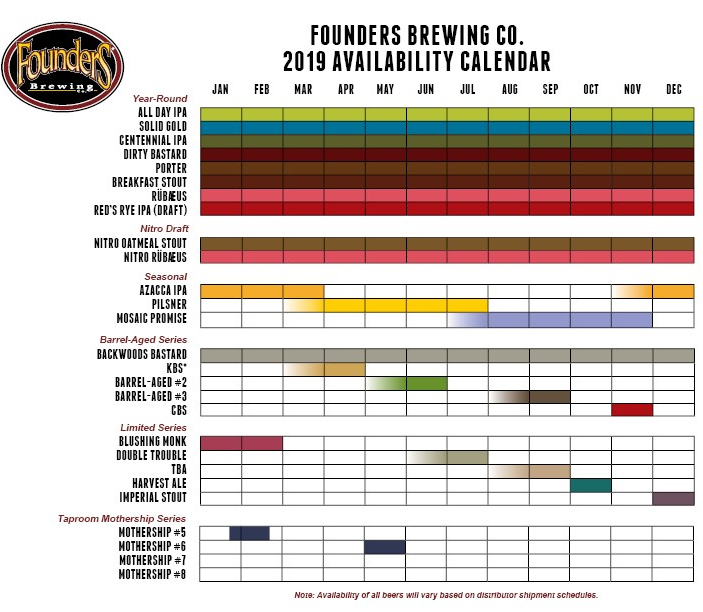