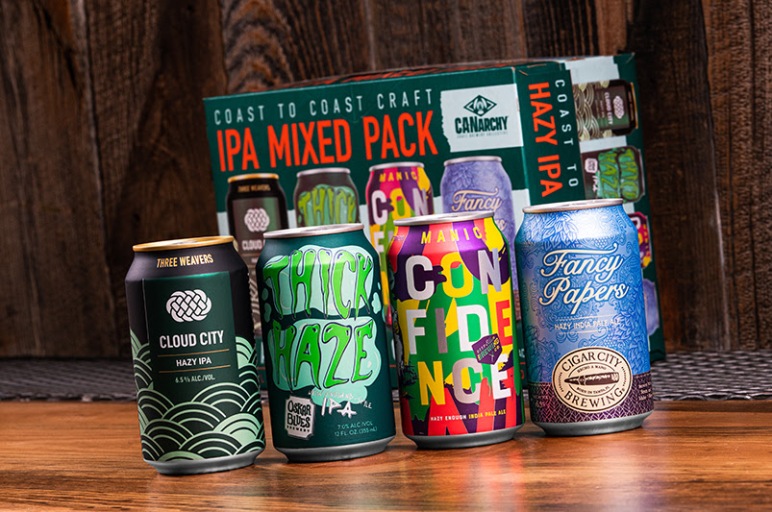 CANarchy Craft Brewery Collective (Longmont, Colorado) has officially announced that a new Hazy Edition of its Coast to Coast IPA Mixed Pack will debut during the summer of 2021.

The Coast to Coast IPA Mixed Pack – Hazy Edition contains three 12 oz. cans of each of the offerings listed above.

The Coast to Coast IPA Mixed Pack – Hazy Edition is rolling out now and will be available for a limited time. You can expect to find this Mixed 12-pack of 12 oz. cans at craft beer-focused retailers located in select markets nationwide. Prost!

The CANarchy Craft Brewery Collective (Longmont, Colorado) has officially announced that it is actively rolling out its new CANarchy IPA Mixed Pack, a variety 12-pack containing IPAs from four independent craft breweries located across the U.S.

Compiled to show the IPA’s “diversity of style and flavor,” the latest edition of the CANarchy IPA Mixed Pack gives hopheads the ability “to travel from the bright West Coast style of California, to the big, bold hop flavors of Texas, through Florida’s citrusy, balanced flavors and onto Colorado’s innovative creations – all in one box.”  The CANarchy IPA Mixed Pack contains the following offerings (descriptions sourced directly from CANarchy’s press release):

**The CANarchy IPA Mixed Pack contains three 12 oz. cans of each the beers listed above**

The new CANarchy IPA Mixed Pack is available now in select markets and will hit nationwide distribution “soon.” You can expect to find this Variety 12-pack at select craft beer-focused retailers located throughout the U.S. Prost! 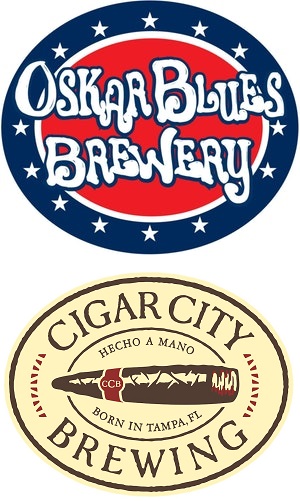 When Wayne Wambles, Brewmaster at Cigar City Brewing, and Tim Matthews, Head of Brewing Operations at Oskar Blues Brewery, put their heads together to develop the recipe for Bamburana, their overall intent was to “craft a brew that would marry the flavors of double-barrel aged imperial stout and Amburana wood, . . . an indigenous South American wood that imparts unique warm and savory flavors and aroma.”  To pull this off, these “two giant craft beer personalities” brewed an Imperial Stout with figs and dates, and then double barrel-aged it in whiskey and brandy barrels.  After a lengthy maturation period in those barrels, the beer was then “aged once more in tanks with Amburana wood spirals.”  Now that its treatment has been deemed complete, Bamburana (12.2% ABV) has risen from its rest boasting “forward-facing roasted malt flavors that branch out against a dark fruit backdrop of figs and dates” while “brandy and whiskey accents make themselves known with complex boozy-and-sweet flavors, complementing the warmth and spice of Amburana wood.”

“We were excited to see the results of infusing Amburana wood into a big, barrel-aged imperial stout,” said Wayne Wambles, Brewmaster at Cigar City Brewing. “We were pleasantly surprised with the vanilla and gingerbread spice nuances this South American wood contributed into the finished beer and look forward to putting this delicious beer in front of folks!”

“We’re both known for barrel-aging big, malty, dark beers,” added Tim Matthews, Head of Brewing Operations at Oskar Blues Brewery. “The culinary goal of this project was to match the flavors of a rich candy cookie with fig filling and gingerbread spice. We spent a bunch of time selecting the right figs and dates to hit exactly the right flavor notes, lend a slight stickiness and cut into the rowdiness of the Amburana wood.”

Bamburana is slated to hit shelves in mid-January 2019 and will hang around as long as supplies last.  You can expect to find this Limited Release available in 4-packs of 12 oz. cans at select craft beer-focused establishments located in Alabama, Florida, Colorado, North Carolina, Texas and throughout the rest of Oskar Blues Brewery’s/CANarchy’s nationwide distribution area.  Prost! 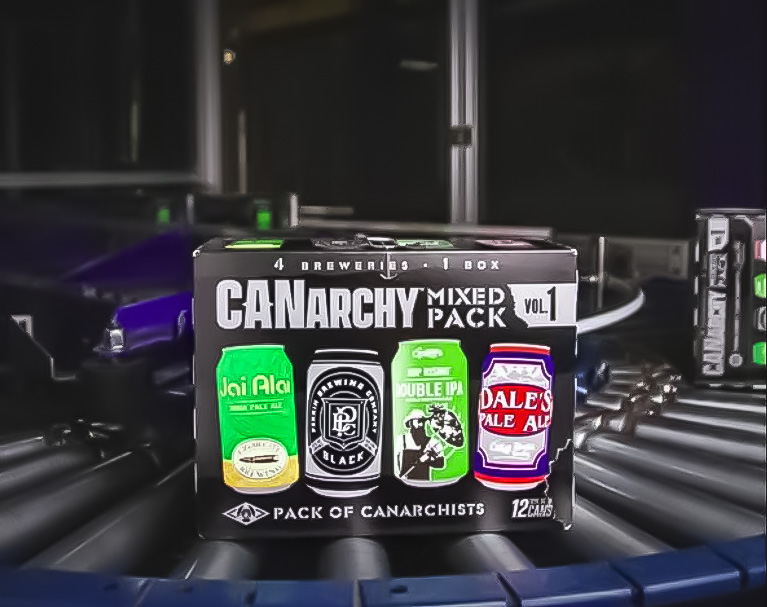