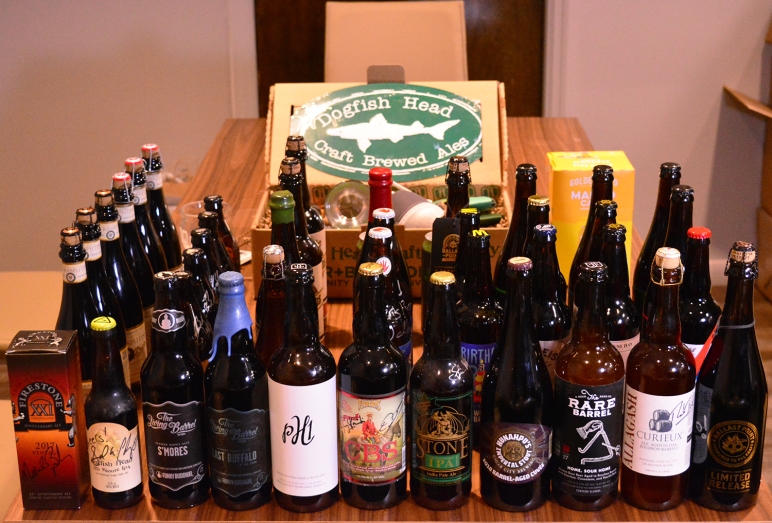 50 vintage and rare signed bottles from over two dozen breweries will auction online to raise funds for victims’ families and survivors of the tragic Parkland, FL shooting.

OAKLAND PARK, FL (April 5, 2018) – Following the horrific events at Marjory Stoneman Douglas High School in Parkland, Florida this past February, brewers from across the country are coming together to offer assistance and support to those affected most. Over two dozen brewers nationwide have donated rare and vintage bottles of beer — many of which are signed by owners, founders, and head brewers from companies such as Stone Brewing, Sierra Nevada Brewing Co., Dogfish Head Craft Brewery, and more — in what has become an epic and unique lot of craft beer for the ages.

This lot is being auctioned online via the We Are Stoneman Douglas site (https://one.bidpal.net/wearemsd, click “Auction Items” on menu) with proceeds benefiting the Broward Education Foundation’s Marjory Stoneman Douglas fund. One hundred percent of all funds generated by this project will directly benefit the families of victims, survivors, and those affected by this tragedy. A second lot of signed barrel-aged and vintage beers from Funky Buddha Brewery, and a private dinner for 30, will also be auctioned.

This online auction (with over 50 other incredible auction items) is being organized by the Parkland Golf & Country Club located in Parkland, FL with assistance from Funky Buddha Brewery in Oakland Park, Florida. Individuals can bid on the online auctions through Sunday, April 8th. Due to regulations, these bottle lots will be available for local pickup only.

“This has been an amazing show of support and solidarity from brewers around the country, most of whom signed on and contributed unbelievable beers within minutes,” says Ryan Sentz, co-founder of Funky Buddha Brewery and Marjory Stoneman Douglas High School graduate. “Although this tragedy was horrific beyond words, we can take heart in the incredible response from the community and others that shows we have the strength and bravery to rise above it and make a true difference in people’s lives.”

**Editor’s Note: The writers at Mashing In typically prefer to write their own content, but we all decided it was best to immediately post this press release verbatim due to its important subject matter and the timely nature of this auction.**