Organized to give Tampa Bay Beer Week attendees one last hurrah before they have to return to reality, 7venth Sun’s Hangover Day 2019 will end things on sweet note by taking on the theme of “Donuts and Dessert”.  Considering that this event is jam-packed with a plethora of donut and/or dessert-themed beers, guest brewers, and even a special bottle release, we think the best move here is to just break the whole thing down and give you all the details in a format that is both easy to read and navigate.  So . . . let’s get to it!

It is not a proper Hangover Day unless you get to suffer/celebrate with your friends, so 7venth Sun has invited representatives from the following breweries to hangout during the event:

The Hangover Day tap lists at both 7venth Sun locations will be absolutely massive and loaded down with a ridiculous amount of rare, tasty treats from 7venth Sun and those guest breweries mentioned above.  Here’s how the tap lists are looking at this time (all beers are 7venth Sun offering unless otherwise indicated):

Hangover Day 2019 will also act as the bottle release for XOXOXOXO, a Tequila Barrel-aged Sweet Stout with Vanilla and Coffee.  Bottles of XOXOXOXO will be available for purchase at both 7venth Sun locations.  More info to come on pricing and bottle limits.

Alright, that should cover all the information currently available for Hangover Day 2019 at 7venth Sun Brewery.  If any more details surface before the event, we will be sure to update this post with that info just as soon as we get it.

If you are still in town on Sunday, be sure to swing by a 7venth Sun location and end your TBBW experience properly at Hangover Day.  This is a come as you are/pay-as-you-go event, so no tickets are needed to attend. All you need to bring is your ID, a way to pay for your beers, and the hangover that you will most definitely be nursing by Sunday.  See you all then. Prost! 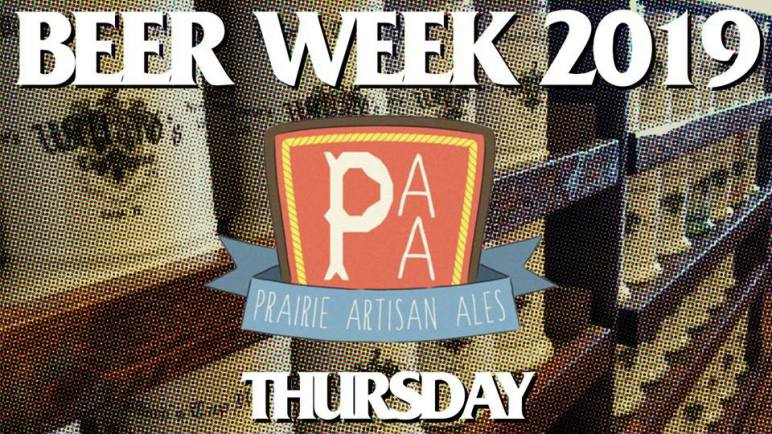 If you did not happen to land tickets to Angry Chair’s Super Rad Rare Beer Event, fret not because there is another option out there for those seeking some big ol’, sticky stouts on Thursday evening.  Willard’s Tap House is teaming up with the Sweet Stout veterans from Prairie Artisan Ales to bring you a special Tap Takeover featuring the following decadent treats:

The Prairie Artisan Ales Tap Takeover will go from 4 p.m. to 7 p.m. on Thursday, March 7.  This is a come as you are, pay-as-you-go event, so no tickets are required.  Just show up at Willard’s Tap House on Thursday evening and satisfy those nagging, TBBW-fueled stout cravings while raising a glass with the fine folks from Prairie Artisan Ales.  Prost! 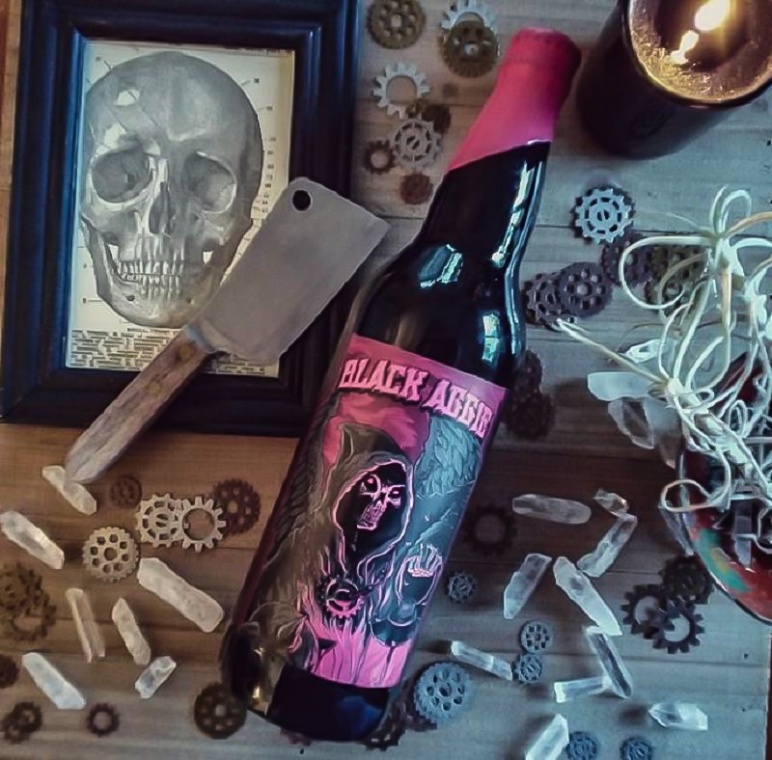 This post covers the 2019 release of Double Barrel Fluffer Nutter Black Aggie. Click here if you are looking for information regarding the 2020 release.

Far more menacing than its name would lead you to believe, Double Barrel Fluffer Nutter Black Aggie is a Bourbon and Rye Whiskey barrel-aged Imperial Stout that has embraced the unholy alliance that is peanut butter and marshmallow.  Weighing in at sinister 13% ABV, Double Barrel Fluffer Nutter Black Aggie will have you succumbing to the darkness in no time.

The Double Barrel Fluffer Nutter Black Aggie bottle release will take place at Hidden Springs Ale Works (1631 N. Franklin St. | Tampa, Florida) at 9 a.m. on Thursday, March 7. Bottles will be $30 each and the brewery will announce the bottle limit 15 minutes before opening. Cash is preferred, but cards will be accepted.

A couple things to keep in mind if you plan to attend this bottle release:

Since this is Tampa Bay Beer Week and there will be no shortage of stout-lovin’ beer enthusiasts in town, Double Barrel Fluffer Nutter Black Aggie is guaranteed to sell out rather quickly.  If you are hoping to land a bottle, just make sure that you get to Hidden Springs good and early on March 7 and hope that the beer gods shine on you when the official head count is conducted.  Best of luck out there.  Prost! 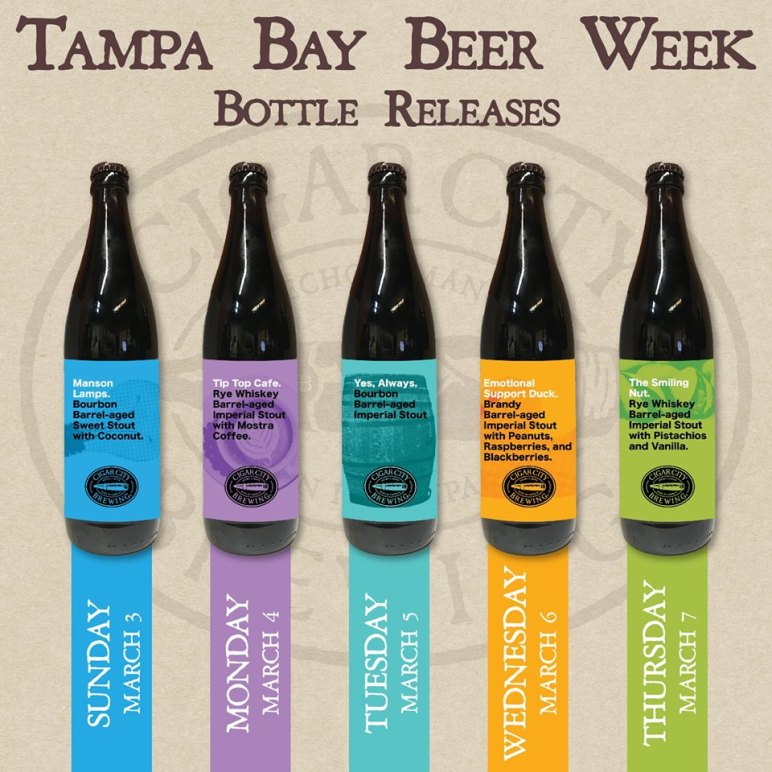 Last year, Cigar City surprised its fans during TBBW with a series of bottle releases that they called a Barrel-Aged Countdown to Hunahpu’s Day 2018.  Since those releases proved to be an incredible success, the brewery has decided to break out five more tempting barrel-aged brews – all Stouts this time around – for TBBW 2019.  The schedule/lineup for this year’s releases is as follows:

Each beer will release on its respective date at 11 a.m. in Cigar City’s Tasting Room (3924 W. Spruce St | Tampa, Florida) for the price of $19.50 each. There are currently no bottle limits in place, but it is possible that this could change based on each day’s turnout.  You best believe that these barrel-aged goodies will sell out quickly, so make sure that you get to Cigar City Brewing as close to opening as possible for each release.  Prost! 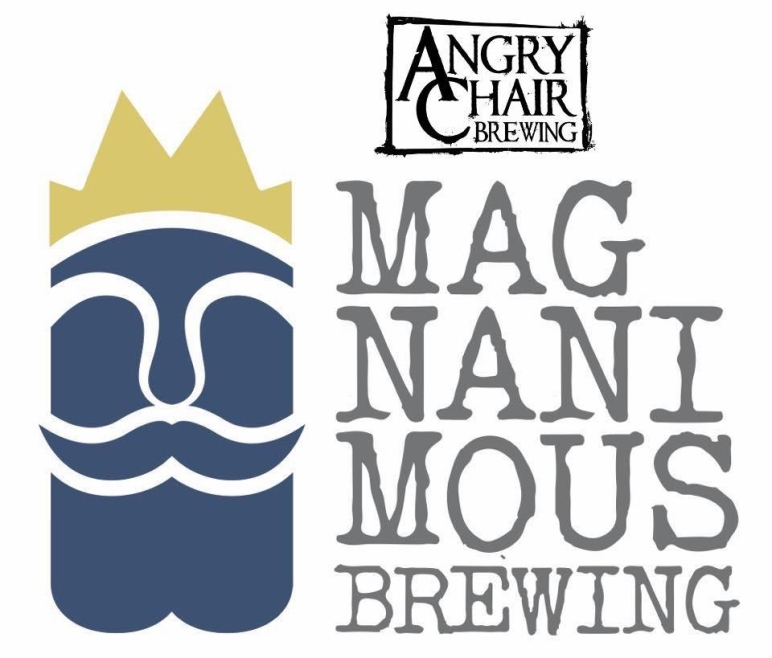 Although the taproom over at the soon-to-be-opened Magnanimous Brewing is not yet ready to accommodate guests, the Magnanimous brewers have still been hard at work concocting some seriously intriguing brews in hopes of sharing them with the beer-loving masses that will be in town for TBBW. Not wanting to see those hopes dashed, the folks at Angry Chair have offered to turn their taps over to their Magnanimous friends for a brewery spotlight on March 5.  This event will showcase the following tap list of Magnanimous brews:

In addition to the Magnanimous beers above, Angry Chair will be tapping a few undisclosed goodies as well.  You will just have to attend to find out what they have in store for the evening.